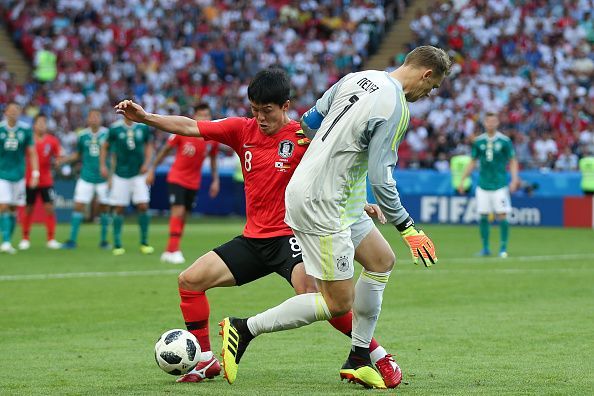 Germany had their earliest World Cup exit this summer in 80 years, Bayern Munich are 3rd in the Bundesliga table and 4 points off the top. One thing that is common between these let-downs is the fact that Manuel Neuer is the man who is the last line of the defence for the parties involved. 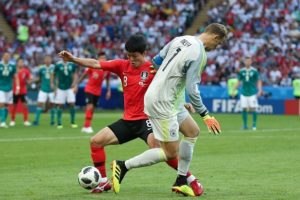 After Iker Casillas was dethroned by the German shot stopper as the Fifpro World XI GK in 2013 , Neuer went on to win it for 4 more years and has been perhaps the most reliable man between the sticks in world football for a decade. He lost the award to Buffon in 2017. De Gea took it over in 2018 while injuries came in the way for the experienced German.

Where is the world’s best version of Neuer now? Well , it all went wrong in the season when it was all supposed to be right. In what was meant to be Neuer’s best chance to seal the deal and mark himself the world’s best of all time by guiding Bayern to glory and Germany to the World Cup, it went really wrong.

Neuer battled injuries to come back in time to help Bayern challenge for the Champions League but suffered setbacks that even put his World Cup participation in doubt. However, he returned back to fitness as reclaimed his position in the XI for Germany in time for the WC. The WC was a disaster for Neuer and Germany in itself. Against South Korea in the 3rd and most important game for Germany in Russia, The German GK went forward in the hope of helping his team grab a late equaliser, but was dispossessed by Ju Se-jong, who set up Son Heung-min for an open-goal finish, with Neuer watching helplessly from the opposition half.

“Manuel Neuer doesn’t currently have the form and assuredness he had before his serious injury,” legend Lothar Matthaus told Sky.

“He’s not yet back in the shape that made him the best goalkeeper in the world four times. [Ter Stegen] has been world class at Barcelona for years. I think he’s gradually earned the chance to play an important match from the start, even if Neuer is available.” added Matthaus

With such a turn of fate for Manuel Neuer, one can’t speculate how much time the once world’s best has left among goalkeeping elites.