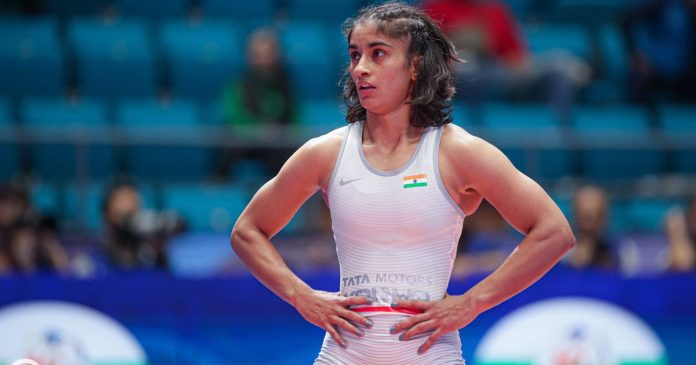 Star Indian wrestler and three-time Commonwealth Games champion Vinesh Phogat suffered a huge setback at the World Wrestling Championships, going down 0-7 against Khulan Batkhuyag and will now compete in repechage rounds to get back in contention.

The 10th seeded Vinesh, who recently bagged her third CWG gold in Birmingham last month, appeared to be in a much more lackluster avatar as she was pinned by the Mongolian grappler in the final seconds of their women’s freestyle 53kg clash.

Batkhuyag, an Asian Games silver medallist, embarked on a 3-0 lead at the start and took four more points courtesy of the backward pin on Vinesh to finish with an overpowering 7-0 margin.

While Batkhuyag has secured her berth in the 53kg summit clash, Vinesh will have to compete in the repechage rounds as a last effort to make it to the finals. She will face Kazakhstan’s Zhuldyz Eshimova in the first round of repechage on Wednesday.

The Mongolian was earlier defeated by junior Indian wrestler Antim at the U-23 Asian meet back in August. As it happens, it was Antim whom Vinesh defeated at the trials to gain her ticket at the World Championships.