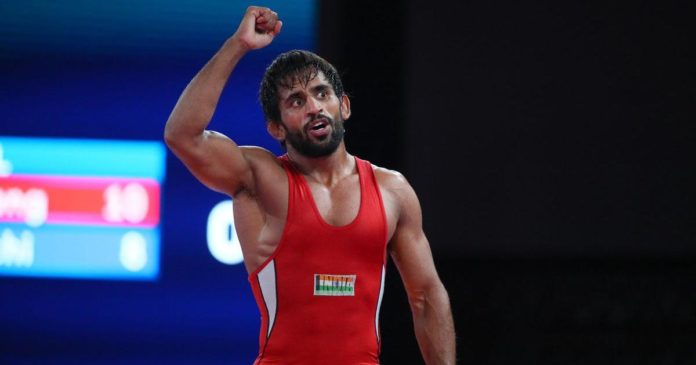 Asian Games and Commonwealth Games gold medalist Bajrang Punia failed to clinch the gold medal in the 2018 World Wrestling Champions as he succumbed to Japan’s Takuto Otoguro 9-16 in the finals of the 65kg Freestyle category in Budapest on Monday.

The 24-year-old, however, did etch his name into the record books as he became the first Indian to win two medals at the competition, previously winning bronze at the 2013 edition in the 61kg category.

The Japanese spearheaded his way into the contest with an unassailable 5-0 lead in no time. But, Bajrang lodged a fierce comeback with the scoreline reading 7-6 in Otoguro’s favor at the end of the first period.

The 30-second break talk from Georgian coach Shako Bentinidis didn’t bear any fruits for Bajrang as Otoguro worked on his legs to extend the lead. The final scoreline read 16-9 in the Japanese’s favor after the three minutes wore in.

“Having reached the final, I expected to win gold but I will have to be satisfied with a silver medal. I am happy to have bettered my bronze medal effort, achieved five years ago at the same venue,” Bajrang said after losing the match.

The Sportsindiashow team wishes Bajrang Punia and rest of the Indian amateur wrestling fraternity all the best for their future endeavors.