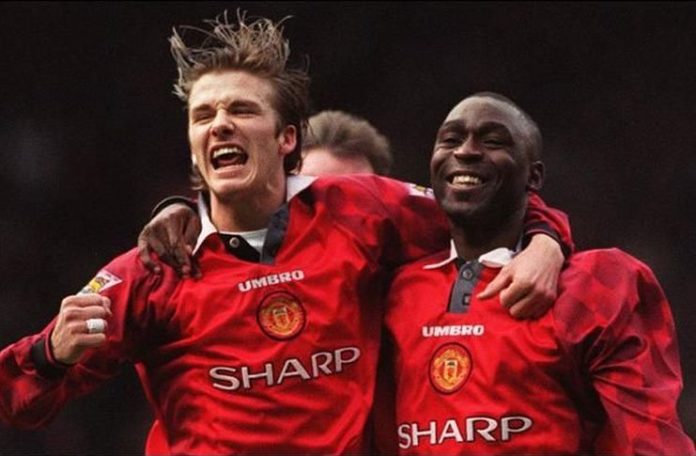 Manchester United icon Andy Cole has cited David Beckham as someone who was as good as Cristiano Ronaldo. Cole played alongside Beckham under Sir Alex Ferguson at Old Trafford, and the duo were part of the legendary side that won the treble back in 1999. The Class of ’99 striker was asked to name his best XI and justified Beckham’s selection with this comparison with another Red Devil great CR7. 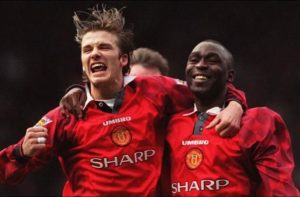 Andy Cole played in an era preceding Ronaldo’s and they haven’t played together as a result but the Englishman is confident that his mate Becks is quite as good as the 5 time Ballon D’Or winner Ronaldo.

Speaking on Manchester United’s official website, after selecting him as the right-midfielder in his dream Red Devils XI, Cole said: ” Cristiano Ronaldo is awesome but Becks was just so good”.

Manchester United’s legendary manager Sir Alex Ferguson had mentioned in his biography that he had encountered only 4 world class players : Ryan Giggs , Paul Scholes , Cristiano Ronaldo and Eric Cantona. However, Andy Cole begs to differ but only slightly.

He added: “I’ve gone for a 4-4-2 because I never played in a 4-3-3. Picking the team itself was so tough – at least Sir Alex had plenty of games to rotate his players, I only got one shot at this!”