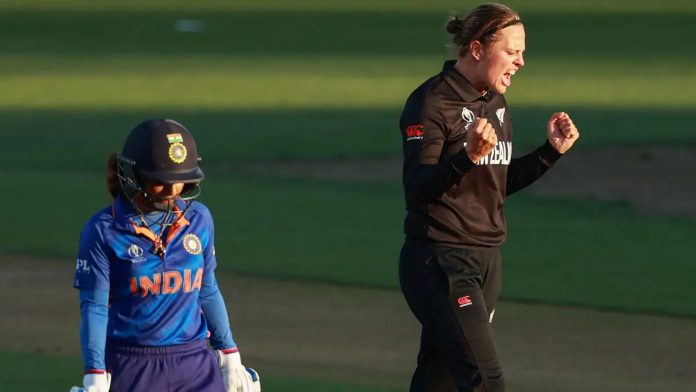 India Women’s Cricket team suffered a huge defeat against New Zealand Women’s Cricket team in the ongoing Women’s World Cup at Seddon Park in Hamilton. After winning the toss, Mithali Raj opted to bowl. The Indian bowlers managed to restrict the hosts to 260/9 in 50 overs after a brilliant bowling performance. However, the White Ferns bounced back strongly and ran through the Women in Blue batters to bundle them at 198 runs to pick up a comfortable victory. 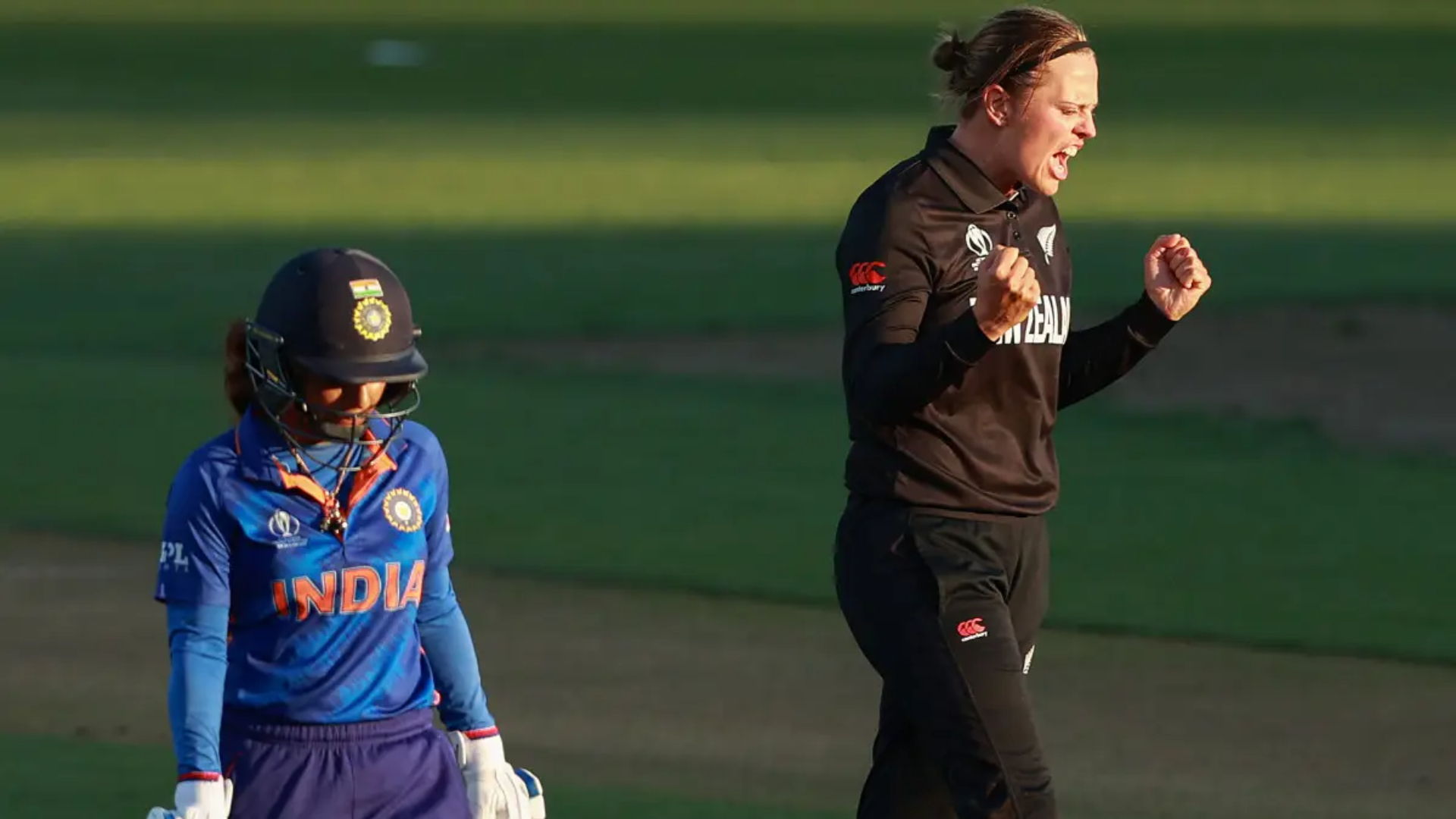 Pooja Vastrakar picked up four wickets to run through the New Zealand lower-order and restrict the hosts to 260/9. White Ferns’ opener Suzie Bates departed early on 5 before Vastrakar scalped the wicket of dangerous-looking Sophie Devine for 35 to launch major blows to New Zealand.

Amelia Kerr did the rebuilding work for New Zealand as she scored a stupendous fifty runs but perished after being trapped by Rajeshwari Gayakwad. Amy Satterthwaite also notched up half-century. Satterthwaite and Maddy Green then teamed up to take their side past the 150 mark before the 30th over. But Satterthwaite’s exit triggered the New Zealand collapse, which saw them lose four wickets within 31 runs towards the end. Katey Martin scored 41 to help NZ reach 260/9 in 50 overs.

The White Ferns answered back brilliantly with the bowling performance as they produced a clinical performance to help the hosts register a crushing 62-run win over India in Hamilton. India failed to chased the 261 runs target as they received early blows in form of Smriti Mandhana and Deepti Sharma. The skipper Mithali Raj scored 31 from 56 deliveries while Harmanpreet Kaur hit a 63-ball 71 but the Indian team never looked in control of the chase. In the end, the Indian women were bundled out for 198 runs.

India will next play West Indies on Saturday, March 12 at the same venue.