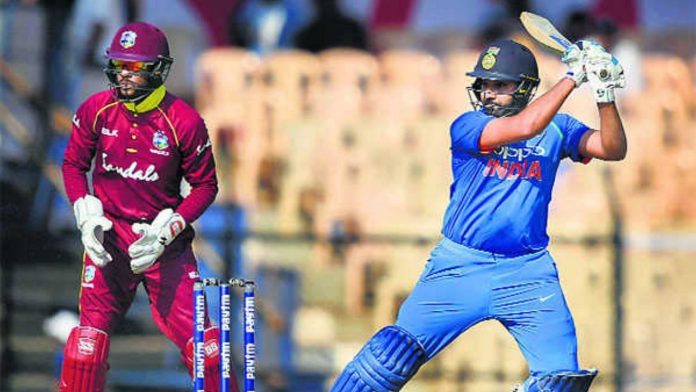 The Indian Twenty20 team finished 2021 in second position in the World rankings, behind England, but for a nation with ambitions of dominating in all three formats of the game, that isn’t quite good enough.

In particular, India will be disappointed with their performances at the Twenty20 World Cup. Highly rated by specialized bookmakers going into the tournament, they effectively destroyed their chances by losing both of their opening two games. Admittedly they lost the toss in both games, but totals of 151 and 110 were poor efforts, given the power-packed Indian batting line-up.

Virat Kohli’s men tried to catch up in their remaining three games of the Super 12, thrashing Namibia, Scotland and Afghanistan, and finished with the strongest Net Run Rate in the section, and second only to England across the entire Super 12 stage. However, they exited the tournament before the semi-finals, leaving many unanswered questions.

Most of the decisions made by the Indian selectors and coaches for the UAE tournament turned out to be wrong, and in some cases bafflingly so. Persisting with Hardik Pandya was one glaring error. Although usually a crucial part of the Indian lineup, the dynamic allrounder was badly out of form going into the tournament, having scored 165 runs in 10 international games during the year.

Then there was the leg-spin conundrum. The decision to opt for Rahul Chahar over Yuzvendra Chahal was debatable, but then to leave out Chahar for all six games was stranger still. The spin muddle was compounded by the omission of Ravichandran Ashwin for the first two matches.

Factor in the unsuccessful tinkering with the line-up, when Twenty20 puts such emphasis on every player knowing and being clear about their role, and the end result was a campaign that was over almost before it began.

The good news for India’s cricket fans is that the Twenty20 team remains, potentially, the strongest in the world. Although ranked behind England in the ICC table, English cricket cannot match the depth of talent in all departments that is available to the India selectors.

An indication of that depth came in the three-match series against New Zealand in November, when India brushed aside the World Cup finalists in a manner that made a mockery of their struggles in the UAE.

Thanks to the reshuffled global cricket schedule, the Indian players will also have the chance to redeem themselves sooner rather than later as the next World Cup takes place later this year, though conditions in Australia will not be as conducive to Indian success as they potentially were at last year’s event.

There is a lot of cricket to be played before then, however, and after a relatively disappointing tour of South Africa, in which they lost both ODI and Test series, India’s Twenty20 stars will have the chance to show what they can do against a strong West Indies line-up in a three-game series.

The stats suggest India has a good chance of success in this series, having won nine of their last 10 international Twenty20 games against these opponents. The West Indies team is also struggling at the moment, having dropped to 10th in the ICC Twenty20 rankings.

The Windies have only won two of their last 11 completed matches and their strategy of focusing on relentless six-hitting, which worked so well for many months, seems to be coming undone.

The three games of this series, starting on February 20th, will all be played at Eden Gardens, Kolkata, which will give India the chance to focus and prepare, and to achieve some continuity. The question for the selectors though will be whether they can produce a solid game plan and a consistent line-up.

The signs were positive against New Zealand that with the new captain and coaching team in place, India might be able to get the best out of their explosive batting line-up.

Without the burden of captaincy on his shoulders, Virat Kohli might be a player renewed, and that could be great news for the team, although they are not short on classy top-order batsmen. KL Rahul, Shikhar Dhawan and Rishabh Pant, along with a host of contenders will be available to join captain Rohit Sharma in the batting order.

Yuzvendra Chahal is sure to be involved and will be a handful on Indian pitches, while there may be chances for fringe or reserve players to stake a claim for a regular starting place.

The short-run into the next World Cup means that the coaching team has a shorter time to establish themselves than in a typical World Cup cycle. Still, they have made a strong start – and a convincing win over the West Indies will help the team to generate momentum and confidence ahead of a busy year.