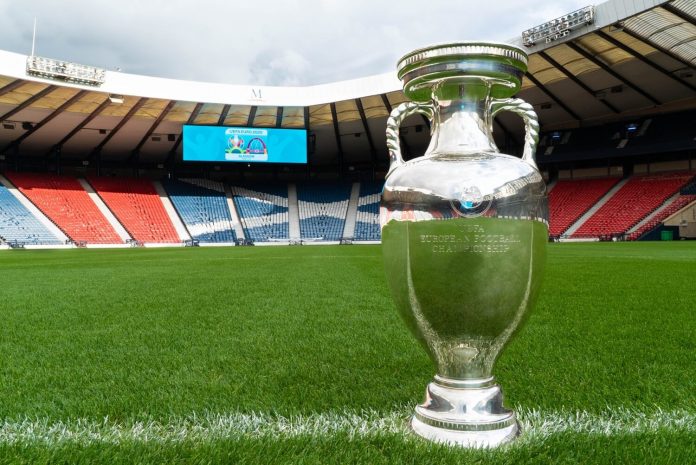 The Euros are one of the most anticipated international tournaments in world football, and this year’s competition is not far off. Millions of fans tune in to watch the competition, with many trying to predict which country will come out on top.

The tournament was supposed to be held last year, as per the four-year cycle, however this was postponed to this year, but has retained its Euro 2020 name. It will be held across 11 cities in 11 UEFA countries, with the semi-finals and final taking place at Wembley Stadium in London. Other host countries include Italy, Spain and Germany.

Euro 2020 looks set to be a fascinating competition, with France, England and Belgium the three main favourites to be crowned champions of Europe. France, of course, are the reigning world champions and reached the final of the last Euros, losing out to Portugal. For those interested in placing bets on sport, 888 Sport have actually placed England as the slight favourite to win Euro 2020, with odds coming in at 5.50/1, compared to France’s 5.75/1. That said, these odds are constantly changing and there isn’t much difference between those numbers.

Since the French victory at the 2018 World Cup, Didier Deschamps’ team have only continued to improve, in large part due to the significant playtime their key players have been getting in Europe’s top-flight leagues. 22-year-old Kylian Mbappe, despite his young age, has already proven himself vital to his home country’s Euro chances. He’s set the continent alight at Paris Saint-Germain.

Now leading France’s frontline alongside Antoine Griezmann, Mbappe is looking as dangerous as ever and the competition know it. Barcelona’s Griezmann has been a stalwart for France in recent years, stringing together consecutive caps and regularly performing his best.

Deschamps is spoilt for choice when it comes to talent in his squad, with the likes of Paul Pogba, Olivier Giroud, N’golo Kante and Anthony Martial all deserving a starting spot. However, the world champions find themselves in the group of death with Germany and Portugal to start the Euros, meaning at least one of these three big-hitters will leave the competition early.

The positive news for France is that they enter the tournament in fine form, remaining unbeaten in their March internationals and as mentioned, holding excellent form within the Euros themselves.

Can England Bring it Home? 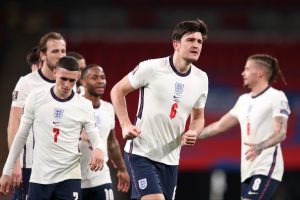 England find themselves facing a very different challenge; that of getting over the finish line. Packed with talent, the squad has what it takes to win major tournaments, but they just can’t seem to hold it together for the full run. They reached the semis of the 2018 World Cup and came third in the 2019 UEFA Nations League cup, proving their worth on the world stage, but it’s been a while since they’ve seen a major final.

One of England’s advantages is the amount of young talent within the squad, though it’s goal-scoring machine Harry Kane who is likely to be the breakout performer to help his country lift the trophy. Favourite to pick up the Golden Boot at this year’s Euros, Kane has been prolific for Spurs in recent years.

However, Gareth Southgate has moulded a more defensive side recently, moving away from the more fluid playstyle they displayed in the Nations League and Euro 2020 qualifiers. Southgate will also need to address his goalkeeping problem, as Jordan Pickford – who Southgate has favoured in recent years – has not looked confident in recent months. Backup option Nick Pope is a solid choice but is also prone to making costly mistakes.

England have the ability to beat any other European team, but the question remains whether they can maintain the kind of form that would see them all the way through to the final.

You Should Never Overlook Belgium

An excellent blend of solid defensive capabilities and a ruthless attacking line, Belgium are arguably the biggest threat to France’s chances of winning Euro 2020. They’re currently No. 1 in the FIFA world rankings and their top players are all in fine form. In the Euro qualifiers, Belgium won all 10 of their games and scored 40 goals in the process.

Playmakers Kevin De Bruyne and Eden Hazard are two of the best attacking midfielders in the world and work brilliantly with the likes of Romelu Lukaku upfront. The team proved their class at the 2018 World Cup, beating out the likes of England, Brazil and Japan before narrowly losing out to France.

Coach Roberto Martinez has been cautious in his pre-competition predictions, partially because of concerns over Belgium’s backline. Though they are adept at preventing goals, many of their top defenders have either already retired or are close to doing so. This summer feels like one of Belgium’s last chances to strike while the iron is hot and capitalise on the talent within their squad.

But What About Germany?

For Germany, once a European juggernaut, their best chances seem to rest on the decisions of players like Thomas Muller and Mats Hummels, who are currently retired from international football. If they decide to return to the fold for their national side, Germany’s chances at the Euros would get a much-needed boost.

Heading into the tournament it seems France, England and Belgium are in the strongest positions to lift the trophy, though the current world champions will have to fight their way out of a devilishly difficult group first. England and Belgium have the talent to claim European glory, but it remains to be seen if they can pull it all together when it counts.