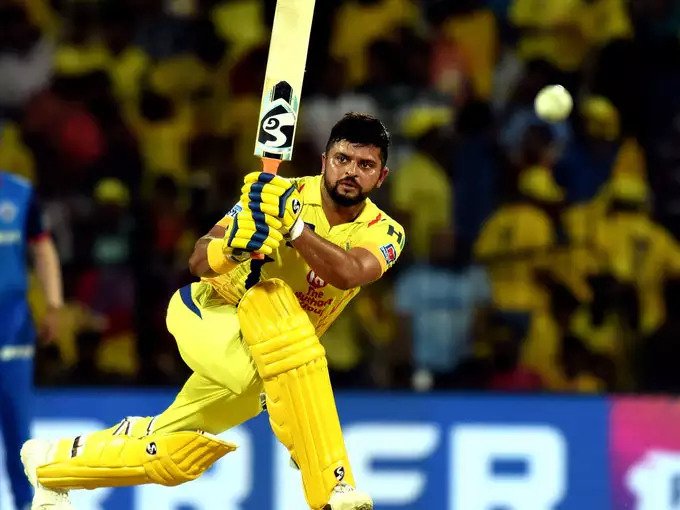 There’s never a dull moment with the Indian Premier League (IPL) around. Chennai Super Kings, the eternal favourites to win the trophy were dealt with two blows before even a ball was bowled. Suresh Raina and Harbhajan Singh, two of their most experienced players pulled out of the cash-rich tournament citing personal reasons.

Suresh Raina’s, in particular, was a curious case as there were widespread media reports of him falling out of favour of the management after a rift regarding the bio-bubble arrangements in the UAE.

After all, the two have been termed as the inseparable duo, like two peas in a pod.
Apart from being the vital cog in the CSK wheel, Raina is Dhoni’s go-to-man in the middle overs. Moreover, he further acts as the bridge in the side between youngsters and the larger-than-life captain.

Naturally, Raina opting out of the IPL came in as a big blow for the three-time Indian Premier League (IPL) champions.

However, to add a twist in the tale, ten days after returning to his family, Raina since has changed his tune remarkably, suggesting that fans can still expect him to don the yellow jersey in this year’s IPL.

“You never know, you might see me in the camp again. First, I have to take care of my responsibilities here and then am ready. I’ve been training even while quarantining here to maintain my fitness,” Raina had said.

About reports that he left Dubai due to a rift over hotel rooms with Dhoni, he said: “These are all fabricated stories and anyone who knows me, knows that these are all stories planted by people who don’t want me or CSK to succeed.”

So will the Chinna Thala, the right hand of the almighty MSD perform a u-turn and return to play the IPL?

But Raina’s case is not that simple. According to reports, BCCI is unlikely to allow Raina to join back immediately, as the reason of the hasty retreat is still not clear with the cricket body. So Raina and his franchise, CSK, might need BCCI’s clearance for his re-entry. So Raina’s comeback plan might be quashed if BCCI is not satisfied.

If that gets a green signal, then the first thing Raina will need to do is to follow the IPL safety guidelines.

These guidelines include six days of quarantine period after landing in UAE, regular COVID Tests and then joining the Bio-Bubble.

It was a tricky situation to be in for Chennai Super Kings franchise. After the Raina fiasco, 13 members of the team tested positive for COVID and were put in isolation.

It was tough to believe that in Raina, a cricketer, who gave his all playing for CSK would pull out of the IPL over a hotel room conflict. However, the whole soap-opera did not go down well with the outspoken CSK boss N Srinivasan, who termed the same Raina as the prima donna. The CSK strongman went on to add that ‘sometimes IPL money and success gets into their heads’.

The real twist came when Raina returned home and said his part of the story. The CSK loyalist, who recently announced his retirement, said that the decision was largely taken as he had to address certain things at home.

Various media reports said that Raina’s uncle Ashok Kumar, 58, had suffered head injuries and died on the spot when three to four members of the notorious “Kale Kachhewala” gang attacked them while they were sleeping on the terrace of their house at Pathankot’s Thariyal village. Four other members of the family were also injured in the attack.

“Look, please understand, that’s not my domain at all,” he was quoted as saying by a news agency. “We own a team, we own the franchise but we do not own players. I don’t own the players.”

“I am not the cricket captain… We have the greatest captain of all times. So, why shall I even interfere in cricketing matters?”

The good part for Raina is that CSK haven’t sought a replacement for Raina yet.

InsideSport spoke to CSK’s CEO Kasi Viswanathan and he made it clear that there are no talks in the CSK camp to call for Suresh Raina’s replacement.

The key for Raina’s comeback lies with MS Dhoni if he unlocks the door – then only Raina would be allowed re-enter CSK camp. One might expect another twist in the tale of CSK and Suresh Raina!