Team India displayed a clinical performance against West Indies in the 1st T20I being played at the Brian Lara stadium on Friday to take a lead in the five-match series. 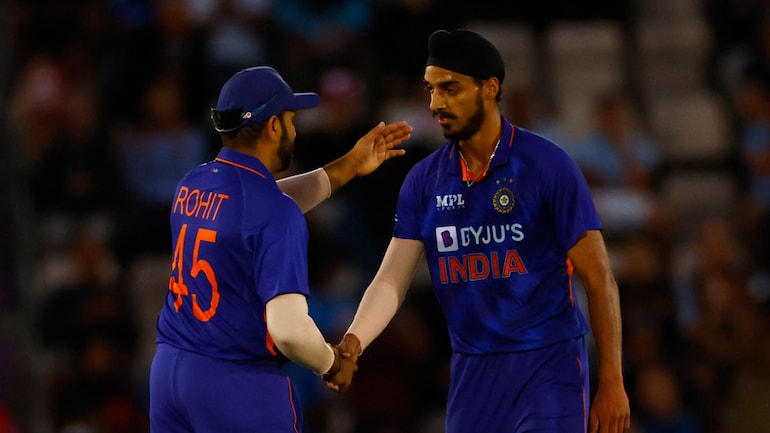 Dinesh Karthik once again provides India with a strong finish West Indies skipper Nicolas Pooran won the toss and chose to field first on a tricky deck. This was the first international T20I being played at the Brian Lara stadium. West Indies opted for just one spinner and India picked three front-line spinners in their playing XI which made a huge difference.

The Indian management made an interesting choice and opened the innings with the unlikely pair of SKY and Rohit. SKY had a blistering start to his maiden innings as an opener but his knock was cut short by left-arm spinner Akeal Hosein’s wonderful spell. He was West Indies’ best bowler of the match and ended the night with the economical figures of 1 for 14 in four overs.

Shreyas Iyer, Rishabh Pant, and Hardik Pandya failed to leave their mark in the game. However, skipper Rohit held the Indian innings from one end and brought up his first T20 fifty of this year.

Then, India’s designated finisher Dinesh Karthik provided the perfect end to the Indian innings as he scored a blistering 41 to take India to a big total of 190 in 20 overs.

West Indies came out all guns blazing with their openers Kyle Mayers and Brooks batting with attacking intent. But the bowlers pulled back the game with three wickets in the powerplay.

The Indian spinners proved to be the ace as all three spinners accounted for 5 wickets among them. None of the Caribbean batters could cross 20 run mark as the Men in Blue dominated their counterparts. All Indian bowlers, barring Hardik Pandya, took at least one wicket.

West Indies ended their disappointing innings at 122 for 8 as India registered a comprehensive 68-run win to take a 1-0 lead in the five-match series.