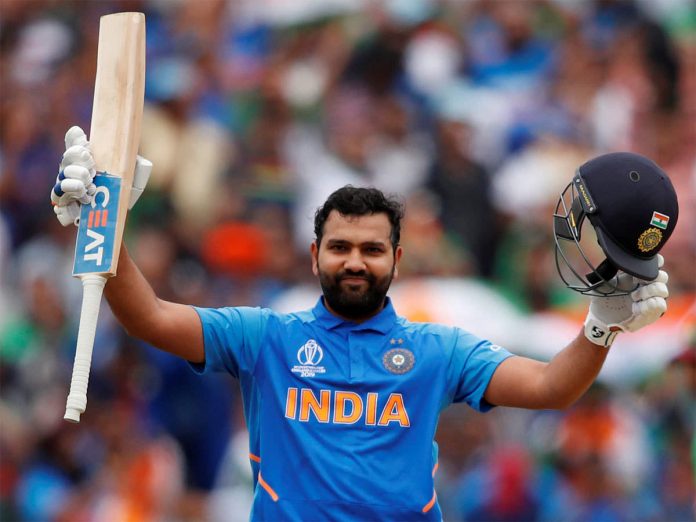 Ever since making his international debut in 2007, Rohit Sharma has emerged as a crucial pillar of the game in India. In white-ball cricket, in particular, Rohit is an indisputable star and his impeccable record speaks for himself.

Rohit is recovering from ‘hamstring injury but managed to play for Mumbai Indians in a successful IPL campaign which finished with the team lifting the trophy for the fifth time. But the ‘hitman’ has been rested for the limited-overs series in Australia. He is supposed to join the team for the 4-match Test series for Border-Gavaskar Trophy.

With his fitness still in doubt, the Board of Control for Cricket in India (BCCI) decided to leave out Rohit Sharma from India’s T20I, Test and ODI squads for their series against Australia.

The limited-overs series, which kicks off in ten days time, will see two teams going head to head for the first time since last year’s ICC Cricket World Cup. The Australia camp has already got down to business doing their homework for the summer and, under coach Justin Langer’s watchful eye, they have been having meetings to find out the “chinks” in India’s armour.

Ahead of the limited-overs duels, Aussies acknowledge India’s bowling strength but expressed confidence that the Aussies could expose India’s solid yet inexperienced batting line-up, especially in the absence of the enigmatic Rohit Sharma.

The last time Team India toured Australia in 2018, they clinched the three-match ODI series 2-1. Rohit Sharma’s brilliant hundred was one of the highlights of that series, and such brilliant knocks down under, against strong opposition, is something that India will be missing out on.

In Rohit’s absence, there will be additional responsibility on veteran opener Shikhar Dhawan to perform. The bouncy and quick-paced wickets suit Rohit Sharma’s batting style-who likes to hit through the line. In the winter of 2018, Rohit looked in the sublime form most times he went out in the middle, and his consistency bordered on the unbelievable.

He boasts an impressive tally of 2,208 runs at an average of 61.33 in 40 ODIs against Australia, including 8 centuries. Rohit’s knack of scoring big tons is well known. His unbeaten 171 in Perth in 2016 was an innings to behold of. Such was his mastery over the opposition, that on day-all the Australians could manage to do is stand and applaud a genius at work.

The tour of Australia is always considered as a big challenge for the Indian cricket team, and for someone like Rohit, Sharma-it was an opportunity to hog the limelight. To sum it up, Rohit has an outstanding record against the mighty Aussies, a rarity for the touring batsmen on Australian soil. His absence in the ODI team will definitely impact the team’s performances.

There's no better sight in cricket than seeing @ImRo45 hit a pull shot.

That Rohit Sharma is a player with serious ODI pedigree. After all, he is the only player to have recorded more than one ODI double century, having passed the 200-mark on three separate occasions. His 264 against Sri Lanka in November 2014 gives him the record for highest individual score in the format, comfortably ahead of second-placed Martin Guptill, who scored 237* against West Indies during the ICC Men’s Cricket World Cup 2015.

In addition to all of this, Rohit Sharma averages the most runs per innings in which he passed the century mark of any batsman in ODI cricket, more than four runs upon his closest rival, Sir Viv Richards.

Rohit’s dominance is all the more remarkable when taking into account a lacklustre start to his ODI career. The opening batsman, who made his ODI debut in 2007, averaged just 26.10 after his first 25 innings in the format, but as he grew more settled that figure rose to 33.23 by the time he had taken to the middle on 75 occasions.

It is often said that MS Dhoni’s call to let Rohit Sharma open the innings in the 2013 Champions Trophy final was the catalyst in his career. While opening the batting may have been an important turnaround in his career, it wasn’t the breaking point where he became the best of what he could. Maybe, he improved his record from below average to above average or good.

In the next three years, Rohit would score eight centuries and 17 fifties. Given his proven record in Australia and opening batting partnership with Shikhar Dhawan, Rohit Sharma’s absence will surely have an impact in the outcome of the ODI as well T20 series.