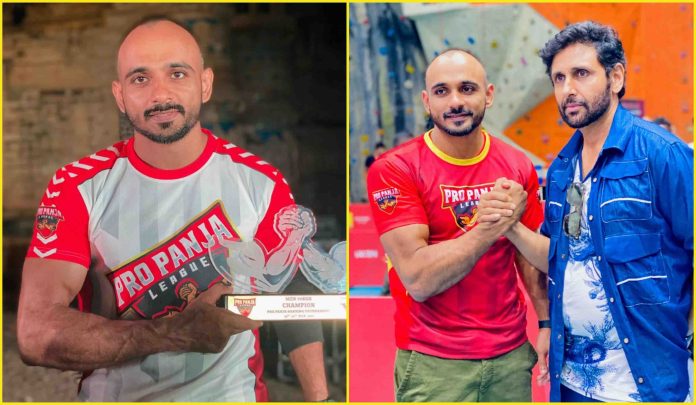 Rahul Panicker is a legendary name in Indian Arm Wrestling and apart from being a Pro Panja champion, he is also a multiple-time Kerala State and National Champion. The Pro Panja League team went live with Rahul Panicker to talk about the Arm Wrestling scene in Kerala and the reason behind the state producing some of the best Arm Wrestlers in India. The Kerala team had also sent the largest contingent to the Pro Panja Ranking Tournament held in Gwalior and the athletes from Kerala won a whopping 1/3rd of all the medals in the tournament.

Why does Kerala produce the best Arm Wrestlers in India? Rahul Panicker reveals

During the live session, Rahul Panicker pointed out the tremendous support the government bodies and the state association have given to the growth of the sport.

“There are a lot of students who are coming up. Then, one of the reasons for that is the affiliation of Kerala Arm Wrestling as a game to the Kerala Sports Council. It was about five years back, a lot of players have been coming in for Arm Wrestling in Kerala. Got an example, [in] last state championship there were I think a thousand participants in Kerala you know. So, the State Championship was itself very tough to get selected for the Nationals. So, one of the main reasons is the affiliation of Arm Wrestling as a sport to the Kerala Sports Council through which many players have benefitted. So those athletes who win in the Nationals, get cash rewards from the Kerala Government. Then many students are getting grace marks in their exams, 10th, and 12th exams. So, many youngsters are coming up for Arm Wrestling sport in Kerala,” Rahul Panicker said about the growth of Arm Wrestling in Kerala.