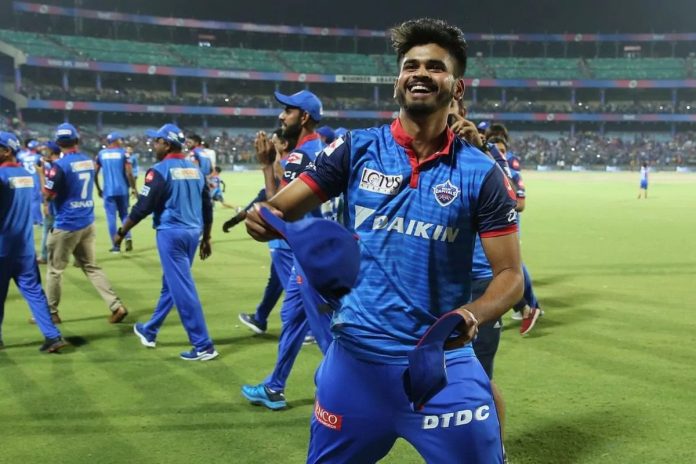 Delhi Capitals (DC) have been really impressive this year with all-around performances and grabbing 6 wins of their 8 matches so far. And the most notable part of those six wins is that there have been six different match-winners every time. On Wednesday, an incredible death overs performance by the Delhi Capitals pace attack propelled them back to the top of the pile with 12 points from 8 matches.

Anrich Nortje – 2/33 was breathtakingly fast bowling in the mid 150 kmph with toe-crushing yorkers while Kagiso Rabada’s – 1/28 international experience proved to be pure gold dust leaving rookie Tushar Deshpande – 2/37 to defend 21 runs in his debut IPL game, which he did with elan.

While skipper Shreyas Iyer’s shoulder injury would keep Capitals on tenterhooks, a solid performance on the back of a defeat to Mumbai Indians will keep them in good stead as they look to quickly clinch a play-off place.

So, what is it that has clicked for the Delhi-based franchise in the 13th edition? We take a look at some of the reasons behind their success in the cash-rich league this year.
Over the years, the Chennai Super Kings have enjoyed prolonged success in the Indian Premier League. Their pattern was simple. To add to MS Dhoni’s enigmatic leadership, they had players who would stick out their hands and perform consistently for the team’s cause.

DC seem to have followed a similar pattern under the watchful eyes of coach Ricky Ponting. In Shreyas Iyer, they have a captain who endorses team ethos and has a clear vision for the team.

Marcus Stoinis, Prithvi Shaw, Shreyas Iyer, Axar Patel, Ravichandran Ashwin and Anrich Nortje have been the standout performers in their six wins, winning the Man of the Match awards. In addition to this, Kagiso Rabada-who leads the charts for most wickets-with 18 scalps to his name has been instrumental, giving them the crucial early breakthroughs every game.

Anrich Nortje looks every bit the speedster. Big biceps. Broad shoulders. Long run-up. And it showed against the Rajasthan Royals. The South African dished out fast bowling in its purest form. Nortje was operating at a level so far above the opposition.

All of this leaves Kagiso Rabada in a bit of a situation. IPL 2020’s highest wicket-taker is, officially, the slower of the Capitals’ two-speed demons.

R Ashwin seems to have re-invented himself and has been bowling his heart out in this competition. In the match against RR, he returned with figures of 1-17 in his four overs, that changed the complexion of the match. Even though other Delhi bowlers were good too, but he was simply outstanding.

The impressive displays of their bowling unit conjure up well for Delhi Capitals, however, they have to be careful with an inevitable factor of sport, injuries!

Considering the topsy-turvy results of the first half of the tournament, DC would be hoping for the rub of the green to go their way. Earlier this week the DC lost their experienced leg-spinner, Amit Mishra, to a finger injury on his bowling hand.

In the meantime, DC’s senior fast bowler Ishant Sharma was also ruled out of this campaign due to rib injury. Their ill fate with injuries took a new turn two days back when it came to the fore that wicket-keeper Rishabh Pant has suffered a Grade 1 tear and is likely to miss more than a couple of games.

To add to few jitters, skipper Shreyas Iyer suffered an injury scare on Wednesday when he jarred his shoulder with the ground while fielding and had to walk off the field during the game against Rajasthan Royals. On the back of these injury setbacks, their win on Wednesday becomes even more crucial.

Tushar Deshpande, making his IPL debut, bowled a brilliant last over in a crunch situation to give a glowing account of himself. The likes of Shikhar Dhawan and Marcus Stoinis have risen to the occasion when the team needed them the most. In a two-month-long tournament, situations like these often are making of a solid unit. It would thus make sense if Delhi Capitals go all the way this time. After all, they’ve stood the test of time and come out trumps.