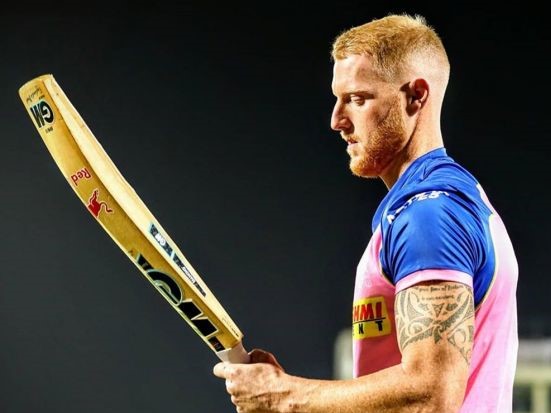 Rajasthan Royals are the team in form in the IPL. But apart from being on a song, the Steve Smith-led outfit are missing out on services of mercurial all-rounder Ben Stokes. Stokes is currently in New Zealand with his family. He went there in August this year after his father was diagnosed with brain cancer. He had also missed the last two Tests against Pakistan citing personal reasons. Stokes is one of RR’s main players and Warne said his arrival will bolster the batting line-up comprising Jos Buttler, Steve Smith and Sanju Samson.

Rajasthan Royals have a stellar batting lineup, but they are missing the X-factor their star all-rounder Ben Stokes when they play matches outside Sharjah, especially considering that the all-rounder has been in terrific touch over the past 12-14 months.

Apart from playing a massive role in England’s 2019 World Cup win, Stokes followed it up with a brilliant performance in the 2019 Ashes.

The Rajasthan Royals fans can expect Ben Stokes to fly to the UAE in coming days and don the Rajasthan jersey in the remainder of the campaign. It is noteworthy that Stokes will have to undergo a mandatory six-day quarantine after reaching the Gulf nation.

An allrounder of Ben Stokes’ quality is worth his weight in gold. The New Zealand born cricketer brings balance to the side and that balance itself often helps to convert a good team into an excellent one.

RR are top-heavy because captain Steve Smith has decided to open the batting. He made two consecutive half-centuries in Sharjah before failing against KKR, falling to Pat Cummins in the second over. Smith at the top meant there was no experience in the middle overs, but team mentor Shane Warne believes this is a good move, provided someone like Ben Stokes will fill in the finishers’ role.

Cricket at one time was blessed to have four top all-rounders at once, namely Ian Botham, Imran Khan, Kapil Dev and Richard Hadlee. However, after that, there were no genuine pace bowling allrounders for a long time, with Jacques Kallis and Freddy Flintoff being honourable exceptions.

Hence when Ben Stokes burst onto the cricketing scene a few years back there was quite a bit of interest. Yes, we had in the cricketing world several players like Shakib Hasan, Ravi Ashwin and Moeen Ali who could, with some justification, claim to be spinning allrounders. However, there were no fast bowling allrounders around.

The England star had revealed that he had stress mounting up thinking about his father’s ailment and he didn’t get sleep for a week during the England vs Pakistan test series. Therefore, he left the camp as it was the right choice being not in the right state of mind. Playing absent-minded would have affected his game and hence he decided to pull out of the competition and head home.

More importantly for the Royals, Stokes absence deprives them of playing an additional bowler or batter. Their middle order looks rather fragile without the Englishman, who is yet to confirm his IPL availability. While teenager Riyan Parag has shown glimpses of promise in the early parts, they might have trouble filling the middle-order hole left by Stokes if he opts out.

Stokes will be hard to replace as they do not have a like-for-like replacement for him in their squad, but they do have David Miller as another overseas batting option. And perhaps compatriot Tom Curran can fill some of the holes at a push. IPL is a gruelling and long tournament, where a player of Stokes’ stature can make a difference in a side making or failing to make playoffs, which has it’s financial implications amongst others.

No situation faze Stokes these days and that has much do with his experiences in the IPL, playing alongside and against the best limited-overs players around the globe under intense pressures. The unique thing that Stokes is doing is finding time to aid the development of some local cricketers during his stay in New Zealand.

Winning the IPL is not only about having the most expensive squad. A lot of it boils down to having the most experienced and balanced squad in terms of quality and depth. Players like Ben Stokes are at a premium because of their all-round ability as well as the calmness with which they negate crunch situations.

One thing is for sure, Stokes’ batting, bowling and his defiant spirit all will be missed and if Rajasthan Royals are eyeing a tilt at the IPL glory, clamours for his return will rise further.