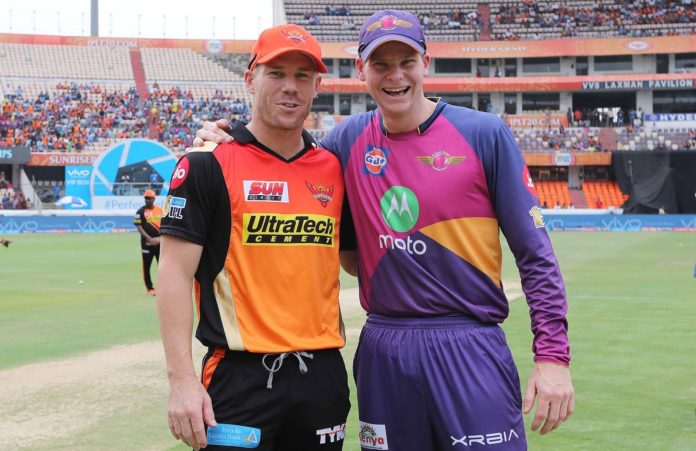 The Indian Premier League (IPL) has evolved this year-albeit reluctantly, but ever so sure, it will again emerge as one of the most followed events with its global reach.

If you are a cricketer, IPL is a place to be and come September, the best in the world will flock to the UAE to be part of it.

With the Government of India rubber-stamping the Board of Control for Cricket in India’s (BCCI) proposal to hold the cash-rich tournament in the UAE, the franchises are getting ready to jet off to the Emirates with preparations in full swing.

However, everything is not hunky-dory as there’s a perplexing scenario developing about the participation of a few Australian cricketers’.

To begin with, one has to keep in mind that the IPL is not taking place in it’s stipulated window-that is April and May owing to the Coronavirus pandemic. Hence with it’s rejigged scheduling, it will clash with a few international series, mainly with the English summer.

The Aussies are slated to tour England for limited-overs series with three T20Is and as many One Day Internationals, beginning September 4. The England and Wales Cricket Board (ECB) are yet to confirm the dates, but as things stand, the last of the ODIs between the old foes takes place on September 16, three days before the IPL begins.

Considering the Australians jet off for UAE immediately after the conclusion of that series, they will have to follow the mandatory security norms: namely undergoing COVID tests and post the clearances, move into self-isolation zones. Then the players will have to follow the Standard Operating Procedure (SOPs) of each franchise before joining the main squads. The entire process is likely to take a fortnight to three weeks, implying that the players’ participation will be held back for almost half of the campaign.

Australia players in a limbo

Australian speedster Mitchell Starc has pulled out of this year’s IPL citing the Australian summer, where Australia play India in a four-Test series starting December 3.

Starc opted out of this year’s IPL but the likes of Pat Cummins, David Warner and Steve Smith have all signed lucrative deals to play in the tournament.

“I know hindsight is a wonderful thing and now the IPL is on at a different time but no, I wouldn’t change it,” the 30-year-old left-arm quick, who played for Royal Challengers Bangalore for two years said.

“I’m happy to spend that time when the blokes are at the IPL in September I’ll be getting ready for the summer. The IPL will be around next year and if I feel the urge or people want me around I’ll definitely consider it, but as of this year I’m very comfortable with the decisions I’ve made.”

Australian players require clearance from CA in order to play in domestic leagues abroad, and they are normally granted it for the IPL because it falls during the international off-season.

The West Indies' three-match Twenty20 series against Australia has been postponed.

Players are now free to play the entirety of the IPL season.https://t.co/ExDTCHcEoy pic.twitter.com/VzbxkK6jVa

And in lieu of the India series at home, Australia have a Test match lined up against Afghanistan to be played on November 21 in Perth.

“At the moment, we’re scheduled to play Afghanistan in Perth and we’ll be doing everything we can to get those opening bowlers to the top of their run and get cricket back being played,” Cricket Australia’s interim Chief Executive Officer Nick Hockley said.

“As we work through all the different scenario planning, and as we do real-time monitoring of the health situation and the restrictions, that will inform our planning. If there’s a change to the current schedule, then we’ll be making announcements in due course.”

This year, the timing of the IPL is serendipitous for Australian players with their multi-million dollar IPL contracts at stake.

CA chief Hockley said they were mindful of ensuring the safety and health of Australian cricketers and that should not be sacrificed at ‘any cost’.

Come September, the who’s who of World Cricket would have their eyes glued on the lucrative IPL, but for Australian cricketers, it presents a different kind of challenge, something they always treasure!