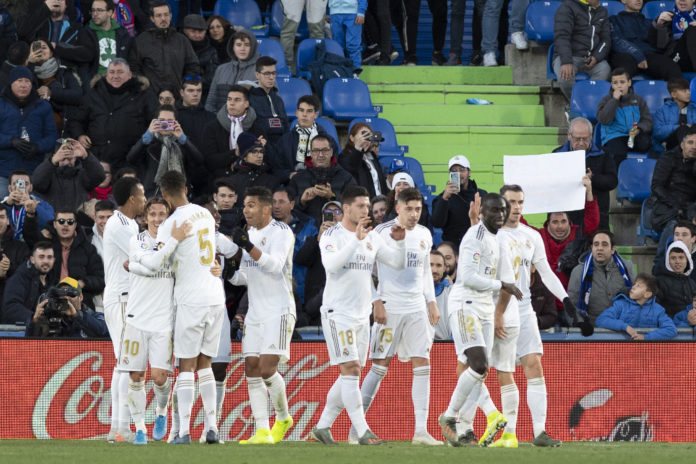 Real Madrid close the gap at the top

Barcelona went into 2020 with a two-point advantage over Real Madrid at the top of the LaLiga Santander table but their 2-2 draw against Espanyol coupled with Real Madrid’s 3-0 victory over Getafe means that it’s all even at the summit once again. The Blaugrana and the Blancos are both on 40 points. 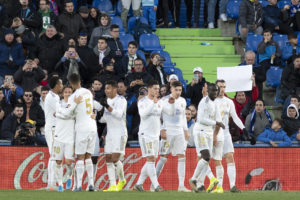 Dimitri Foulquier is back at Granada

The club Dimitri Foulquier has made the most appearances for during his career has been Granada, with 99 outings, and he’ll soon have the chance to make it a centenary now that he’s returned to the Nuevo Estadio de Los Cármenes on loan from Watford for the rest of the season. 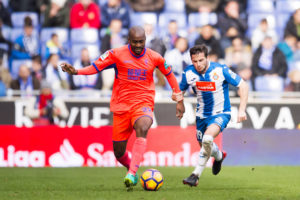 Forward Adrián Ramos has returned to his native Colombia, after spending several seasons on and off with Granada. The 33-year-old departs after making seven LaLiga Santander appearances for the Andalusian club this season and he’ll now play his football with CD América de Cali, one of his former teams. 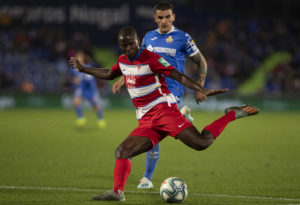 It was a Catalan derby to remember for Wu Lei and Espanyol fans as they scored an 88th minute equaliser to draw 2-2 against Barcelona. The Chinese forward was the hero as he popped up with the dramatic equaliser, ensuring the Pericos earned a point in their first match under new coach Abelardo. He also became the first Chinese player to ever score against Barcelona. 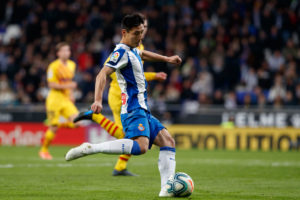 Fans at the Wanda Metropolitano paid tribute to former Atleti full-back Filipe Luís before their side’s win over Levante this weekend. The left-back left the club in the summer to join Flamengo in his native Brazil and a special ceremony was held to thank him for all he’d helped Atleti achieve during his years in the Spanish capital. 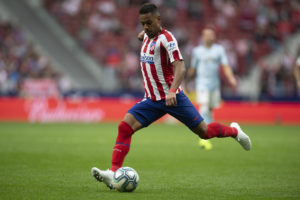 By taking part in Sevilla and Athletic Club’s 1-1 draw in the last match Jesús Navas made his 500th appearance for the Andalusian club. He is the first player to reach that special landmark and was presented with a commemorative shirt, with the number 500 below his name on the back. 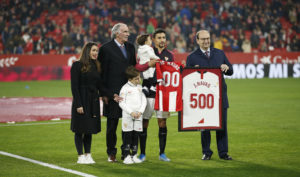 January 1st is special across the world as the first day of the new year but it’s an extra special day for Eibar. New Year’s Day 2020 marked the 80th anniversary of their first ever match, a 2-1 win over Amaikak Bat de Deba back in 1940. 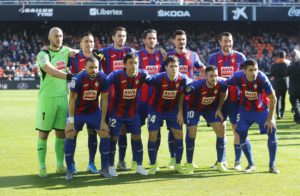 Eibar couldn’t celebrate a victory in their anniversary week, as a Maxi Gómez goal earned Valencia a 1-0 victory when these two teams met at Mestalla. This was a huge relief for Valencia, who hadn’t won any of their past six meetings with Eibar (D2 L4).

As 2019 drew to a close, UEFA released their Champions League breakthrough XI of the year with two Spain-based players on the list: Atlético de Madrid’s Renan Lodi and Real Madrid’s Rodrygo. Achraf Hakimi, who is currently on loan at Borussia Dortmund from Real Madrid, also made the cut.

David Villa goes out on a high