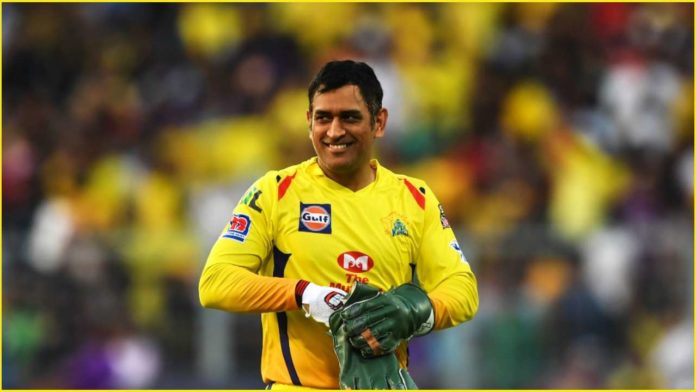 With MS Dhoni announcing his international retirement, his full entitlement is to his beloved Chennai Super Kings (CSK).

The Thala, as he is fondly called by the CSK faithful, has instilled his ideals in CSK. He has dreams fulfilled with CSK, a franchise he nurtured with his leadership, with his charisma and a team that made its way through the dark days with his aura.

The popularity of MS Dhoni of being a ‘Captain Cool’ is complemented by the Thala image he has cultivated an inspirational leader of the Yellow Brigade.

The Chennai-based outfit is considered as one of the most successful in the history of the Indian Premier League (IPL) with three titles to their name. Apart from that, they have reached the knockouts in each of the 10 seasons they have been a part of, a record that speaks for their consistency.

Dhoni has led the team with his quick thinking and uncanny knack of finding ways through the toughest situations. However, it is his impact on the functioning of the franchise and on the lives of the players who have played under his stewardship, that sets him apart from the rest.

Little known players have gone on to earn Team India call-ups on back of a successful stint with CSK. MS Dhoni firmly believes in his instincts and judgements and is the devil’s advocate for process more than results.

Although Stephen Fleming is at the helm of CSK, MS Dhoni plays a pivotal role in forging the team’s identity. The man might be a far cry from the dashing Dhoni we all witnessed during the initial IPL years, but his smarts and brain are still intact. Fleming has always maintained the fact that it takes two to tango and he is ok with Dhoni hogging all the limelight.

Dhoni’s critics have often branded CSK as a team of oldies, but the silver lining is-Dhoni is still the nest man to orchestrate a tight chase and he is still good enough to find runs in subcontinental conditions. The fact the Dhoni was the team’s highest run-getter in the previous edition (414 runs) talks volumes about his ability to score heavily despite being in autumn of his distinguished career.

Dhoni’s leadership and batting styles are two sides of the coin. The way he maintains his emotion on field rubs on to the whole team under pressure situations. The team camaraderie and environment is the envy of many and the fact that they’ve lost more finals than they’ve won, but are still considered a top dog is a testament to that.

The ability to retain core players for far less than their market price implies in the fact that CSK chose to trust in what they have. Hence players like Faf du Plessis, Dwayne Bravo, Shane Watson who would be a marquee for any other team make the strong core of the CSK roster. This faith in their ageing stars has enabled CSK to maintain the continuity, having the same core of 10-odd players and build the nexus around them. And Dhoni’s penchant for favouring continuity of policy reflects in CSK’s modus operandi.

With the inception of IPL in 2008, the BCCI banked on its local icons to be the face of initial teams. The likes of Tendulkar, Ganguly, Dravid, Sehwag and Yuvraj were all snapped up by the teams that represented the city they belonged to.

It is here that former BCCI president N Srinivasan decided to make the biggest gamble as the owner of CSK to choose MS Dhoni. And that gamble has paid rich dividends in a major way for the franchise.

After the triumph in 2007 T20 World Cup, Dhoni’s brand value shot up-which subsequently helped CSK’s marketing roadmap. In many ways, CSK’s success intertwines with that of their enigmatic skipper. Dhoni’s pull for big brands has always played it well for the Super Kings. Marketers who signed him up in their early days never dreamt that his appeal would one day rival and surpass that of saying a Sachin Tendulkar. Brands like Reebok, which signed on Dhoni during his domestic cricketing days, did not do so in anticipation of the fact that they were signing a prodigy.

When the Thala will pad up for Chennai Super Kings in UAE, brands will continue to pursue his star power and his cool aura.

CSK not only provide an impetus for an extended career, but it also plays a big part in maintaining Dhoni’s status as the ‘cult hero’. The two are just made for each other!