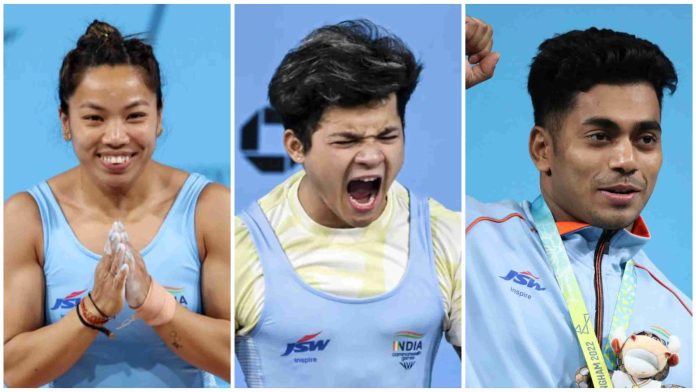 Aside from the Chanu-Jeremy-Sheuli trio, the contingent will also include CWG 2022 silver medallist Sanket Sargar, former CWG champion R.V. Rahul and two more CWG 2022 medallists Bindyarani Devi and Gurdeep Singh. Sargar had missed out on the gold after injuring his right hand, and Rahul has also been dealing with multiple injuries.

The team are set to depart for US on 23rd August and will train there for one month as they prepare for the World Championships set to take place in Paris in December. Chief national coach Vijay Sharma will join the team, along with a physio. The training will be supervised by expert physiotherapist Dr. Aaron Horschig, who has formerly worked with Chanu.

“We will work with Aaron,” said Sharma in an interview with Sportstar, “Everybody has some issues. I have spoken to a strength and conditioning coach over there. We want to avail that benefit. How we will take his help will be finalized after reaching there. If we want good performances (at the top level), then we have to do things differently.”

Back in March, the Indian Weightlifting Federation (IWLF) had planned to send six weightlifters to US but only Chanu was able to as the rest faced visa issues. This time, however, the IWLF and the Govt have made all efforts to ensure visas for all lifters.

Mirabai Chanu feels her only competition at CWG is herself