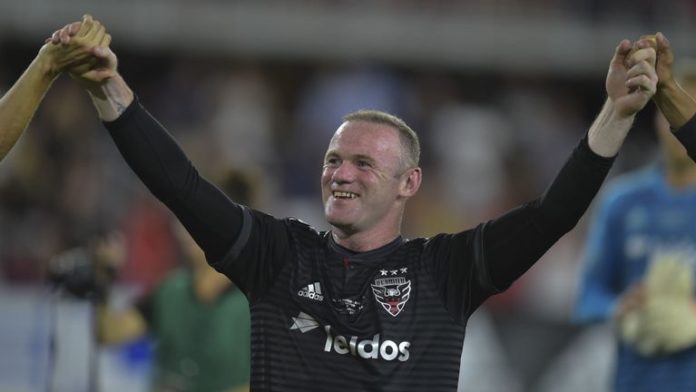 Former Manchester United man Wayne Rooney proved his mettle once again with his new club DC United against Atlanta this Monday. The Englishman notched up a goal and two assists, helping his club to a 3-1 victory at home. The team from Washington had to win the game in order to keep in touch with the Eastern Conference standings, and Wayne Rooney’s skill and experience proved to be invaluable as they earned three points. 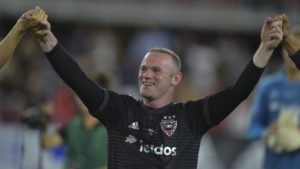 DC started the game shaky, giving away passes and failing to really keep hold of the ball, almost conceding a goal in the 25th minute, fortunately, the post was on their side and the danger momentarily averted.

It wasn’t long before the game saw its opener when Luciano Acosta put one past Brad Guzan in the 29th minute after showing brilliant control to keep two defenders at bay, rounding off a pass from Rooney. The goal came almost against the run of play as it was Atlanta who were seeing more of the ball.

The game was levelled, however, by a brilliant header from Jeff Larentowicz , a man who had scored his 40th career goal. Both keepers, Guzan and Hamid made brilliant some saves but Larentowicz’s header was something any goalkeeper would have struggled to deal with.

In the 51st minute however, Ezequiel Barco was penalised in his own penalty box and DC was awarded a penalty. Wayne Rooney stepped up to the task and delivered. Not long after, he played a magnificent pass to Luciano Acosta who showed great ball control and skill to dribble past two defenders and score the third for his team.

Despite having more possession, passes, and shots, Atlanta failed to clinch victory in Washington. Two inch perfect passes from Rooney, along with a cool-headed penalty sealed the deal for DC and saw them moving up to 7th place in the Eastern Conference standings with 30 points from 25 games.

TALENT FLOODS INTO LALIGA SANTANDER IN THE TRANSFER MARKET

United absolutely trashes popular tabloid for having an agenda against Mourinho