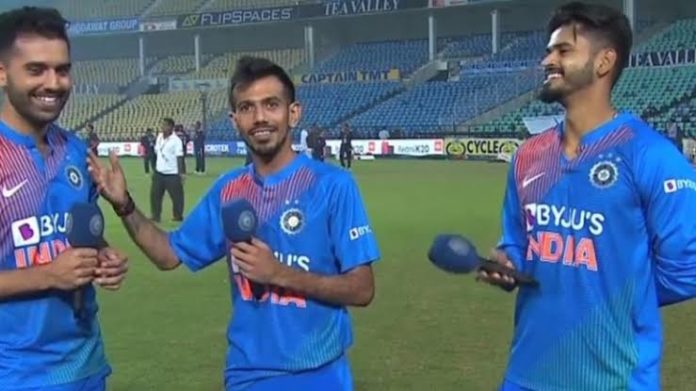 Deepak Chahar on Sunday recorded the best bowling figures in T20I history after he picked up 6-7 vs Bangladesh to surpass Ajantha Mendis’ previously held record.

Following the game, both Shreyas Iyer and Deepak Chahar were seen having a chat with Yuzvendra Chahal in his show ‘Chahal TV’. In a fun way of congratulating Chahar for his feat, Chahal was seen sarcastically making fun of him.

The video then followed with Shreyas Iyer sharing his inputs on the game. Iyer and Rahul combined well in the middle order to keep the scoreboard moving and help India post a winning total of 174.

“I thought of hitting six sixes in an over, but the bowler bowled a wide yorker,” said Iyer.

“Any batsman would have thought to hit six sixes in an over after hitting the first three-ball out of the park,” he added.

The valuable efforts from Iyer with the bat and Chahar with the ball finally proved to be enough as India recorded a comfortable 30 run victory to take home the series 2-1.