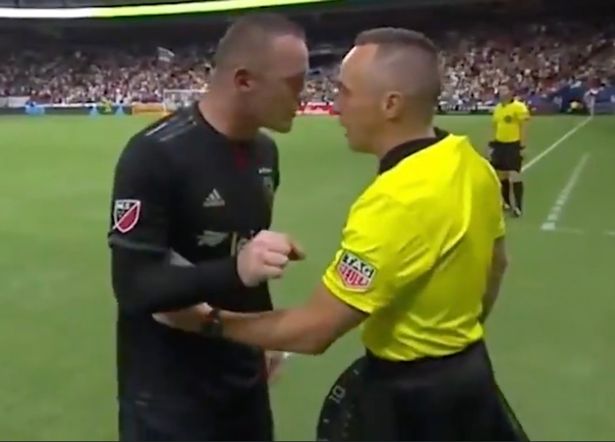 England legend Wayne Rooney, ranted at the fourth official during DC United’s 1-0 loss to Vancouver Whitecaps on Saturday. The former Manchester United forward clashed with the fourth official, Pierre-Luc Lauziere when he was being substituted by Ola Kamara on the 74th minute. He also condemned Major League Soccer’s travel arrangements on Twitter after the match. Following Zlatan Ibrahimovic’s recent outbursts regarding the league’s playoff system, Rooney is the latest high-profile player to criticise the rules and regulations of MLS.

Rooney who is set to join Derby County as a player-coach next January, was seen getting into the official’s face swearing and repeatedly shouting “every f***ing game” before walking off to the bench. Almost similar incident happened back in 2011, when Rooney was handed a two-match domestic ban in England for swearing down at a camera whilst celebrating a goal for United against West Ham. He was also filmed criticising English fans for not getting behind the team during a 0-0 draw with Algeria during the 2010 World Cup. Moreover, he wasn’t happy with the fact that MLS teams are only allowed to charter flights four times in a season and voiced his disappointment through Twitter.

Here’s a video of the incident:

Wayne Rooney wasn’t happy about something after being substituted during DC United’s loss to Vancouver last night…#Rooney pic.twitter.com/A50doqT8fH

D.C. are in a tough situation, with just two wins in their previous nine matches, including four defeats, and sit in fourth place in the Eastern Conference standings. A defeat to New York Red Bulls next Wednesday could see them drop out of the playoff spots.