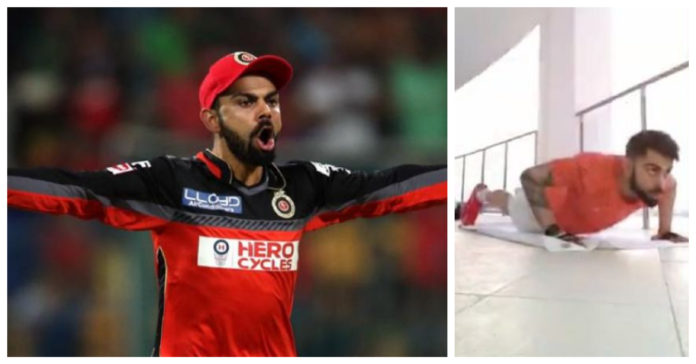 India and Royal Challengers Bangalore captain Virat Kohli’s penchant for fitness is well documented. Under the influence of Shankar Basu, the batsman made significant changes to his diet and regime to set an elite standard when it comes to fitness in the sport of fitness.

After a significant break due to the coronavirus pandemic, the cricketers are rusty ahead of the upcoming edition of the Indian Premier League. The players have to be in the best of shape in order to combat the hot and humid conditions of the United Arab Emirates. 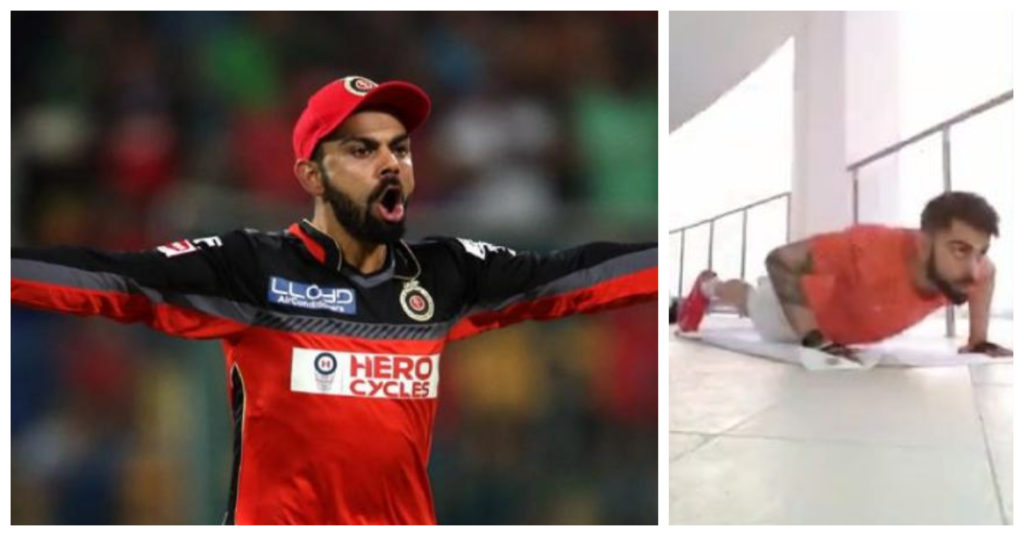 With the Royal Challengers Bangalore contingent already setting foot in the abroad nation, they will have to abide by a six-day quarantine period. Leading from the front and making most of his time in this situation is Virat Kohli who has begun his preparation with intense workouts.

The skipper got into workout inside his hotel room and the video was shared by the social media team of the franchise with the caption, “Welcome to Captain Kohli’s b̶a̶l̶c̶o̶n̶y̶ gym. Seize the day,” Check out the entire video right below:

A post shared by Royal Challengers Bangalore (@royalchallengersbangalore) on Aug 25, 2020 at 8:30pm PDT

In the short video, Kohli is seen to be working with weights and tallying some push-ups inside the hotel room itself.

Virat Kohli raring to go out there but with caution

The captain addressed the RCB players and staff through a virtual meeting regarding the safety norms and claimed that the person breaching it would be letting the entire team down.

Sneak peek into RCB’s first virtual team meeting of #IPL2020 after landing in the UAE, with @CoachHesson, @imVkohli and Simon Katich welcoming the team and addressing them on an exciting season that’s right around the corner! 💻🤩#PlayBold #BoldDiaries pic.twitter.com/VA4jY7HylN

“We have followed what’s been told to us and I would expect everyone to be on the same page in terms of securing the bubble at all times and making sure that nothing is compromised. Because I think one mistake by any one of us could literally spoil the whole tournament.

“And none of us want to do that. We have to understand that we need to protect the bubble. I can’t wait to get to our first practice session, something that we all are going to cherish. An opportunity to create a good team culture from Day 1,”

If someone ends up in a situation like this, for me that’s letting the whole team down. It might happen in a situation where the team cannot afford to lose the player.

The rise and rise of KL Rahul: From Mr inconsistent to MSD’s successor