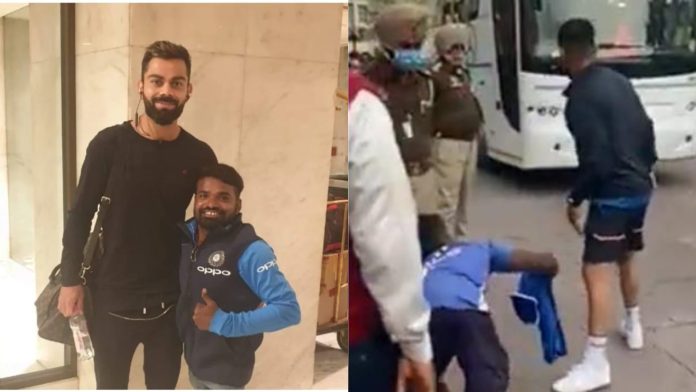 The former Indian skipper Virat Kohli has millions of fans for his immense contribution to Indian cricket. His generosity can be often witnessed. It was previously noted that he started out an ambulance service for stray animals. This time around, he has once again won hearts with a touching gesture for a specially disabled fan. Virat Kohli was spotted gifting an Indian cricket jersey for the fan before boarding the team bus.

Virat Kohli presents the jersey to the fan 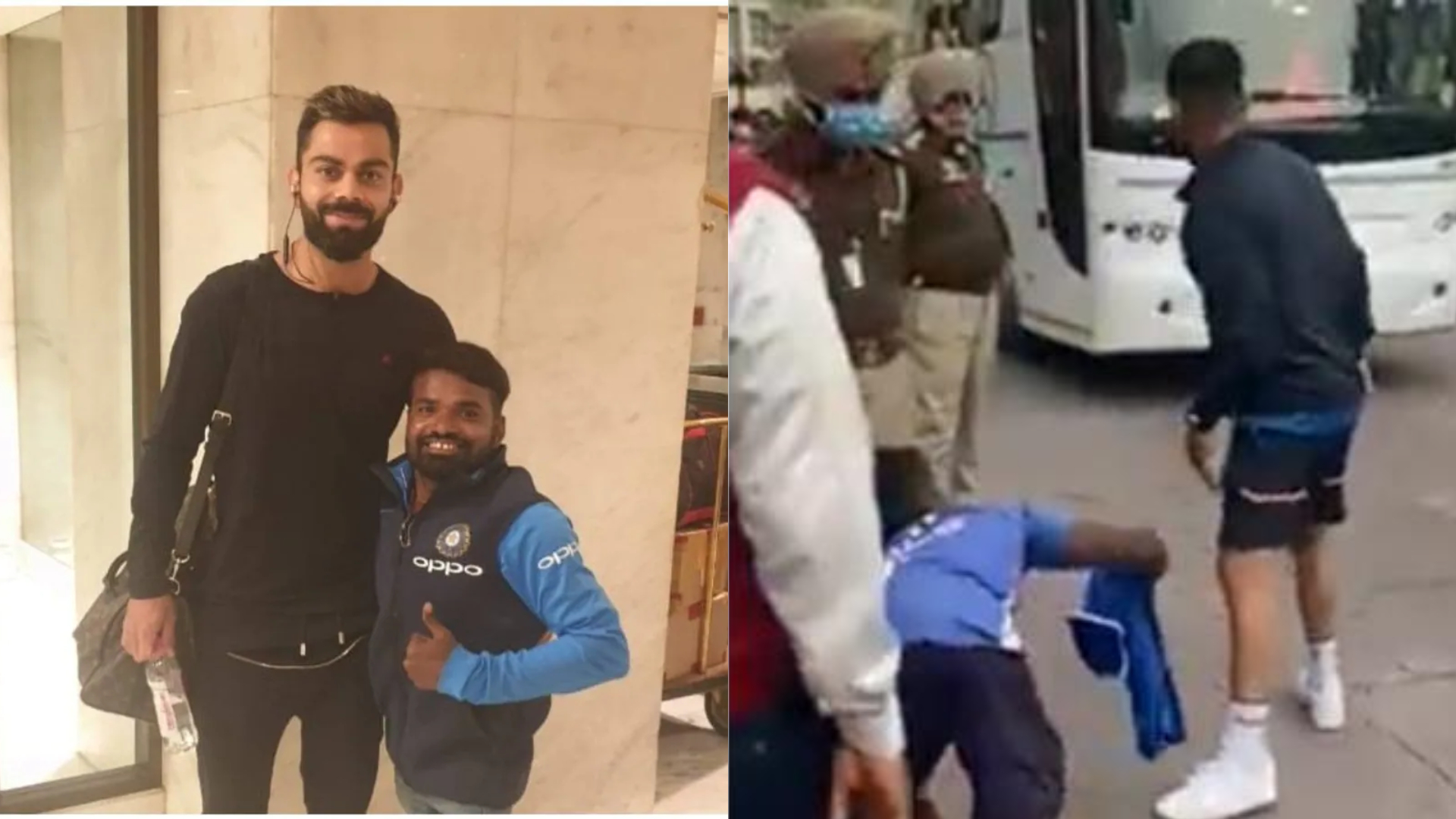 Kohli completed his milestone of 100 Tests during the 1st Test Match against Sri Lanka. Before leaving the stadium, he gave the jersey to one of his die-hard fans Dharmveer Pal, also known as the unofficial 12th man of the Indian team. The specially-abled fan travels alongside the national team for most matches across India and even on foreign tours at times.

In the video clip the fan posted on Twitter, Virat Kohli came towards Dharamveer and gifted his jersey before leaving the stadium in the team bus. You can check out the video clip below:

The clash against Sri Lanka in Mohali marked his 100th outing in the white outfit for India which is of course a milestone in his career. Virat Kohli became the 12th cricketer to play 100 Test matches for India. Kohli had a decent outing, scoring 45 runs in the first innings as India secured a victory by an innings and 222 runs.

India is set to lock horns with Sri Lanka in the 2nd Test Match starting from March 12 at M. Chinnaswamy Stadium in Bangalore.