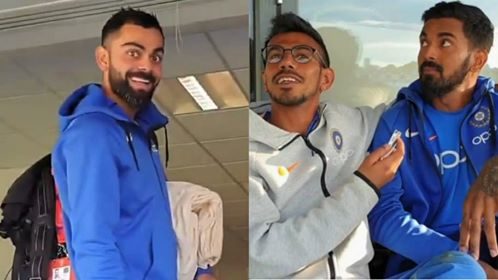 BCCI has a fun segment on their website, where bowler Chahal interviews different player from the Indian team. This segment goes by the name Chahal TV. Chahal interviewed KL Rahul in the latest episode. However, this episode had a special guest who made an appearance. Virat Kohli crashed into this interview. BCCI posted a video on their twitter where Kohli made an appearance in the interview. This video saw social media going crazy. 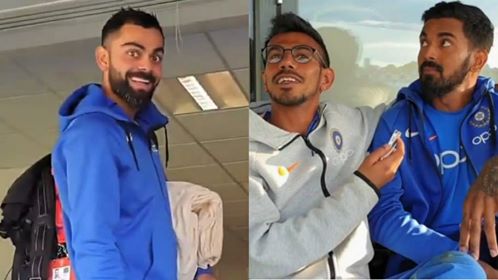 There was an exchange between the Indian skipper and Chahal before Kohli broke into laughter and left. The funny facial expression of King Kohli, before leaving the frame is certainly catching eyeballs.

To this Kohli justified saying it was Rahul who had called him. Otherwise, he had no intention of interrupting.

But Chahal continued saying that this was just a scheme to make an appearance on Chahal TV. People are very eager to be a part of this.

The interview saw KL Rahul and Chahal discussing their latest victory against Bangladesh in Edgbaston. With this win, India sealed their spot in the semi-finals of the World Cup.

Currently, India is placed second on the points table. However, there is still a chance of the Men in Blue finishing at the top of the table. However, if they remain second, they will be taking on the team that finishes third.