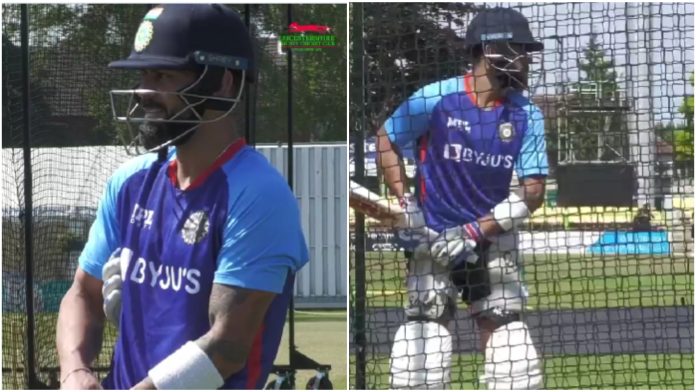 The former Indian skipper Virat Kohli is gearing up for the one-off test to be played against England. He was recently spotted honing up his batting skills in the nets ahead of the four-day practice match against Leicestershire. The Indian team has been in Leicester for the past few days, preparing for the warm-up game. The practice match between India and Leicestershire will be played at Uptonsteel County Ground in Leicester from Thursday (June 23) to Sunday (June 26). The Men in Blue are getting accustomed to the English conditions ahead of the clash against the Three Lions at Edgbaston in Birmingham on July 1.

Virat Kohli was seen batting in the nets 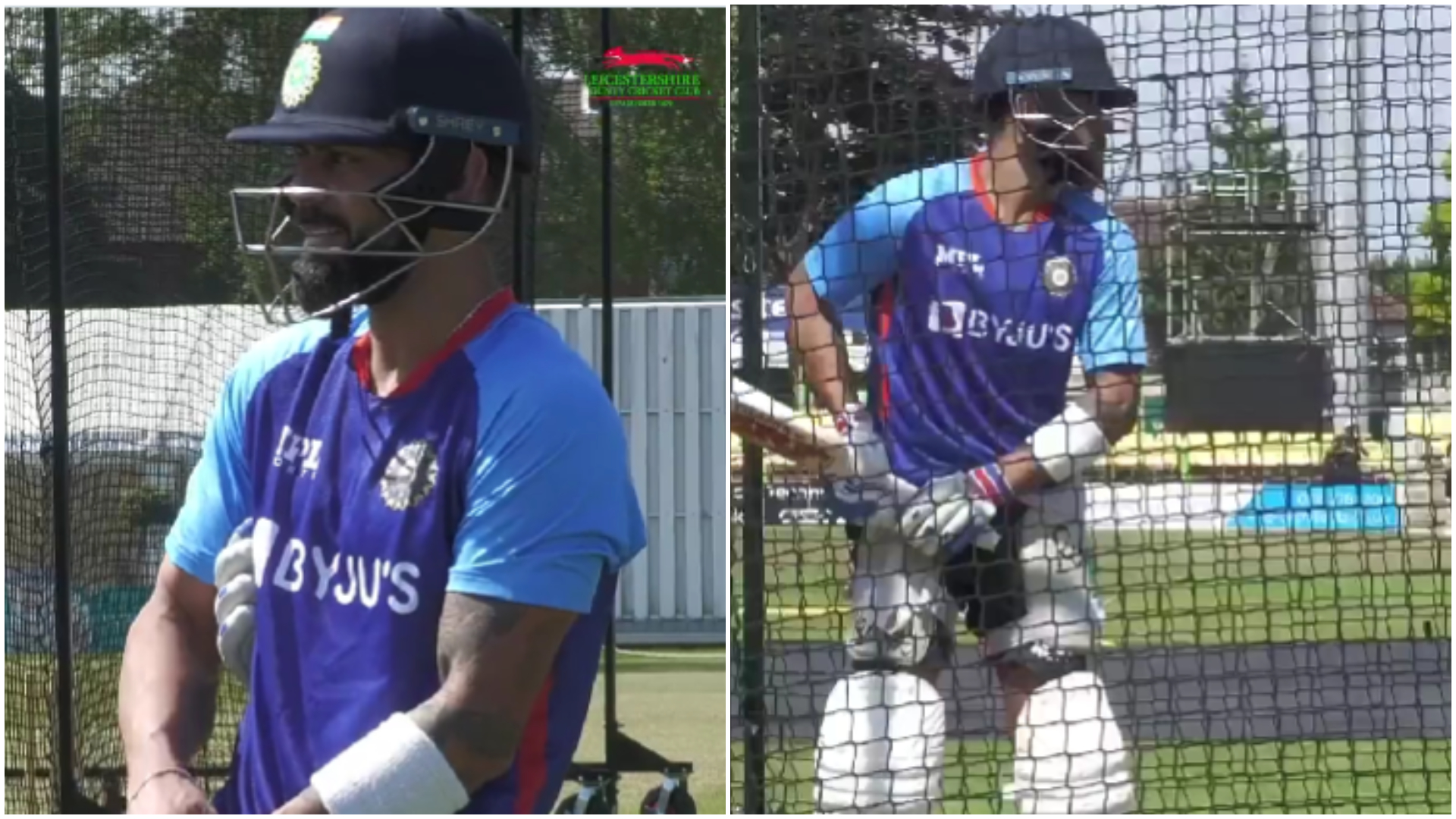 On Wednesday, Leicestershire County Cricket Club’s official Twitter handle shared a video of Kohli honing his batting skills in the nets. The clip was shared with the caption:

“A master at work 🔥 You can watch @imVkohli and @BCCI’s other test superstars tomorrow at the Uptonsteel County Ground.”

A master at work 🔥

You can watch @imVkohli and @BCCI’s other test superstars tomorrow at the Uptonsteel County Ground.

The star batter was the captain when India toured England last year. However, the fifth Test of the series, which India lead 2-1, at Old Trafford could not be played due to an outbreak of Covid-19 cases within the visitors’ camp.

He gave up the Test captaincy following India’s 2-1 away series loss to South Africa earlier this year. Kohli has been going through a rough patch lately and hasn’t scored a hundred in any format since November 2019. He also took some time off before the crucial clash against England. He did not take part in the T20I series against South Africa which India hosted recently.

There will be some notable members missing from the one-off Test. Indian batting ace KL Rahul who is out with an injury, and potentially Ravichandran Ashwin, who recently contracted Covid-19.