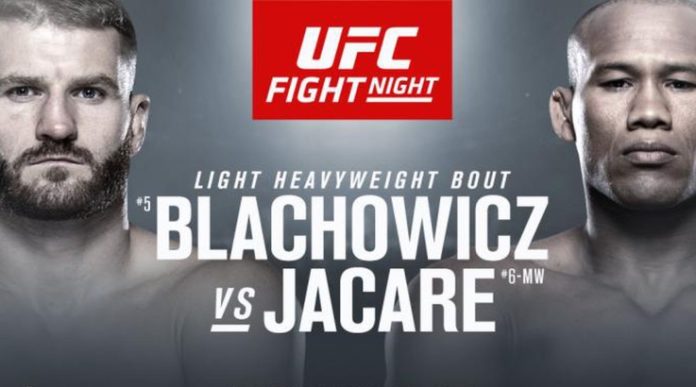 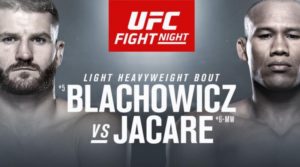 UFC Fight Night 164 will feature Jan Błachowicz facing off against Ronaldo Souza in the Light Heavyweight Bout category for the main event. To add to the electrifying main event, the co-main event will showcase the Light Heavyweight division contenders Maurício Rua and Paul Craig who are all set to punch and grapple all the way to their titles.

UFC with Fight Night 164 has made inroads all the way to Brazil, where Jan “John” Błachowicz will be facing off Ronaldo “Jacare” Souza this weekend. This time Ronaldo Souza will look to be more Thiago Santos and less Luke Rockhold when he challenges Jan Blachowicz in Jacare’s native Brazil. The duo is all set for the Light Heavyweight main event seizing the limelight and keeping their fans up from their seats. Ronaldo “Jacare” Souza, a veteran in the UFC roster, has very strong control on the mat and John might have a tough time grappling him. At 40, he is an explosive athlete however what causes the slightest tension for the fans is that despite his strong calves, he might be giving up a substantial amount of reach to Blachowicz, who is only one inch taller and has a 78” reach compared to Jacare’s 72”.

Jan “John” Błachowicz, on the other hand, might not have physical strength at bay but is known to take over with his strong mental game, which has always rendered the opponent unconscious around the fence. However, the fight is predicted to be very simple and if Jacare can get Blachowicz down then there’s every chance he can get him out of there with a submission, as well.

The co-main event this week is a reminder of the abode of talent that exists in the Light Heavyweight with the incredible opening act with Maurício Rua and Paul Craig.

Keeping his boat afloat this year after that violent knockout by Anthony Smith, Maurício “Shogun” Rua is back this weekend to face Paul “Bearjew” Craig. Craig is almost everyone’s favorite all over the world right now. He may not the best athlete or isn’t as skilled but has got to this level due to sheer hard work and dedication. He’s not terrible from the clinch to be fair, but against some of the more explosive 205lbers, he always has a tough time as he struggles to grapple.

Shogun, on the other hand, is a BJJ black belt and a skilled grappler and is known to steer his opponents away by reminding them of his incredibly hard punches. Amongst these two, Craig might have some success early on by clinching with Shogun, but we really doubt his strength and stamina to combat the heat that Shogun’s going to throw at him. Of course, Shogun’s power and finishing instincts undoubtedly remain intact.