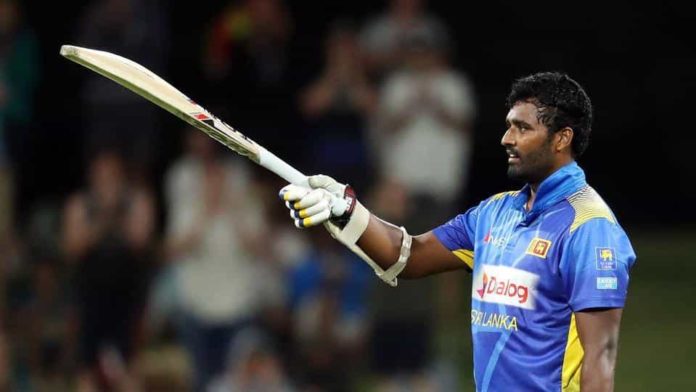 Sri Lankan all-rounder Thisara Perera almost pulled off the impossible scoring a brilliant 140 in just 74 balls after his side were reduced to 128-7 chasing 320 for victory. 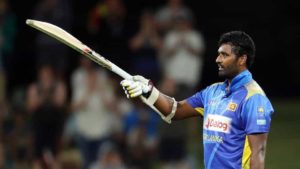 A rocking innings from Thisara Perera ultimately went in vain as Sri Lanka surrendered to their 2nd ODI loss vs New Zealand. With Sri Lanka chasing New Zealand’s 319 to square the series, they were on the ropes at 128-7 when Perera opened up. He faced 74 deliveries and cracked 13 sixes and 8 fours, scoring a breathtaking 140 before losing his wicket in the 47th over to hand the game to NZ.

Sri Lanka were well placed at 112-2 after 22 overs looking steady in pursuit of the target. But Ish Sodhi captured the wicket of Kusal Mendis for 20 to trigger a collapse which saw five wickets fall in six overs.

Perera, who had nothing to lose refused to give up as he went on to thrash the New Zealand attack and entertain the crowd. He first made 58 in a 75-run stand with Lasith Malinga for the 8th wicket and then added another 45 of the 51 runs for the ninth wicket with Lakshan Sandakan.

Just when the impossible victory seemed on the cards Matt Henry had Perera caught by Trent Boult at long-on to hand NZ a 21 run victory.

Perera’s knock earned praise from throughout the twitter world. Opposition captain Kane Williamson himself praised the Sri Lankan’s efforts drawing references to Stoinis’s knock vs them.

“Perera played absolutely out of his skin, and actually reminded me of Stoinis at Eden Park. It was all sort of landing in one direction for a bit there, and we all had a go (dropped catches). It was frustrating. If we did hold our catches, we’d have reflected on it differently,” said the home skipper.

Perera himself was proud of the way he batted and rightfully thanked the coaching staffs for believing in him and promoting him up the order.

“I am really proud of myself because it’s my first century. For the last eight years I’ve been batting at No. 8, and thanks go to the coaching staff for pushing me up to No. 7. I should give them a present,” he said.

“I was not thinking anything. I had to take the responsibility throughout. I told Nuwan (Pradeep) and (Lakshan) Sandakan to just play five or six balls. I should thank Chandika Hathurusingha and Thilan Samraweera – they were throwing throwing throwing to me. Credit goes to these two.”

Here is the video Highlights of Perera’s breathtaking effort that left every spectator on the ground awestruck!

Watch: Indian fans come up with a brilliant chant for Rishabh Pant!