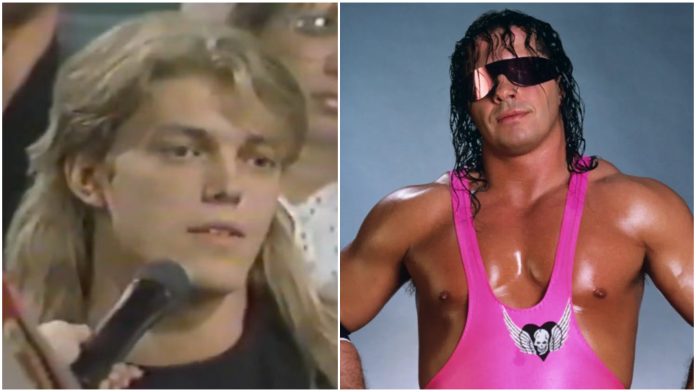 WWE veteran star Edge has accomplished a lot in his career at Vince McMahon’s company, having held multiple championships. He is also a WWE Hall of Famer. But he was one of the stars who started their career from the grassroots level and grinded his way into WWE to make a name for himself. A video clip recently started surfacing on social media where 19-year-old Edge was seen asking for a piece of advice from then- WWF(WWE) Champion Bret Hart. He was spotted with another up-and-coming wrestler, sitting in the audience of a talk show with Bret Hart as the guest. 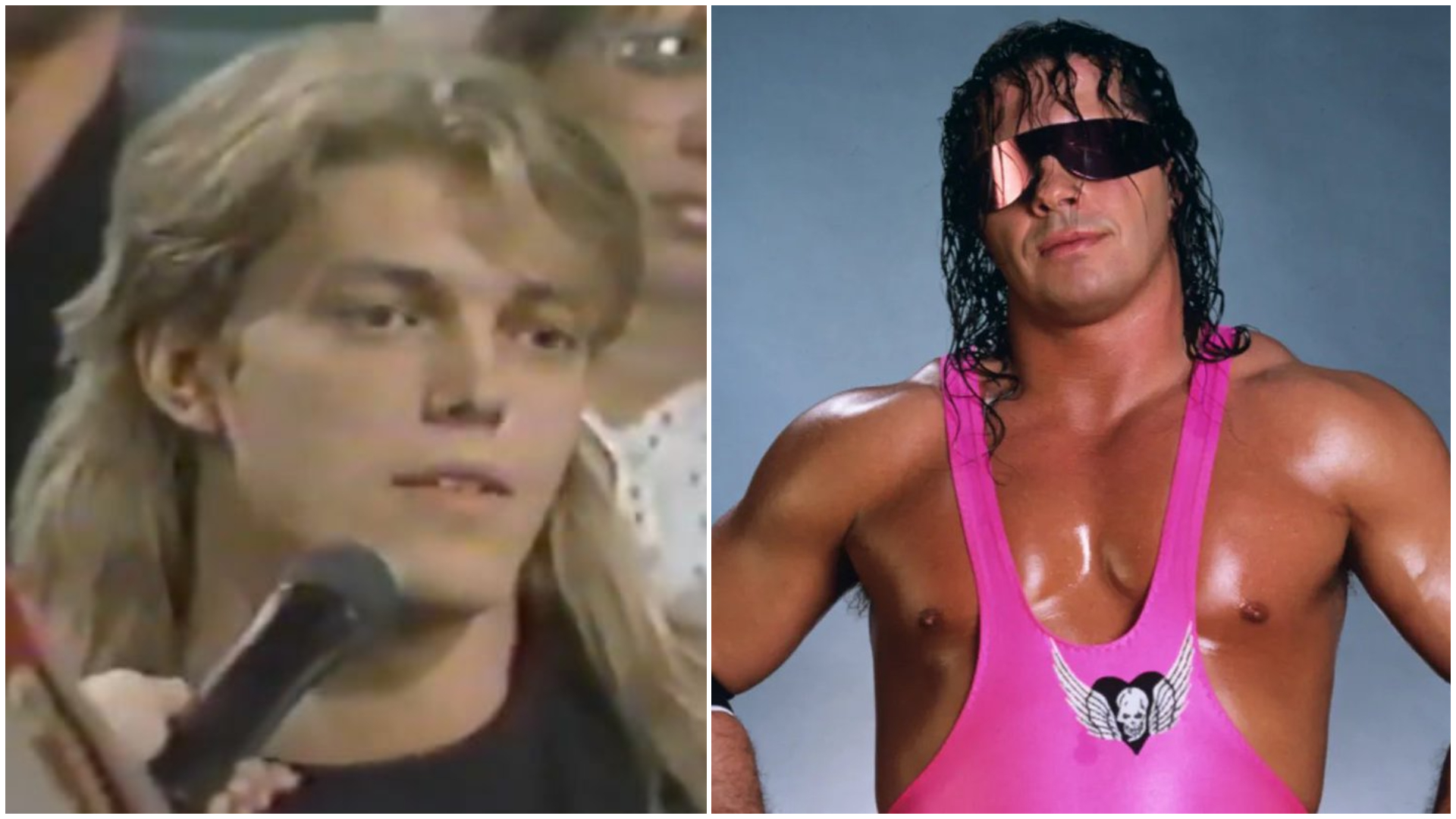 Edge in his teenage years had wanted to know how he should go about getting into the WWF.  On Twitter, a user posted a video of a 19-year old Edge asking Bret Hart questions on a talk show.

Bret ‘The Hitman’ Hart went on to answer his query and gave a pretty clear-cut response, as he said that it was challenging. He further said that prior experience is needed to get into the company.

“You have to have some experience,” Bret Hart said. “Which is very hard to get nowadays. And they can get you on television and give you sort of a tryout, but that’s about it.”

Bret Hart also detailed how he got ‘hired’ because he was from a different era, where there were many smaller places where you could learn, including his father’s promotion.

The Rated R Superstar’s wife, Beth Phoenix, who is also a WWE Hall of Famer reacted to the video clip and she took to Twitter to say that their daughter, Lyric, looks exactly like him.

She also noted how Bret Hart was ‘speaking truths’ with the advice he was giving young talent who could get picked up by the WWE.

I cannot believe how much Lyric looks like her Dad. It’s astounding. Amazing video. https://t.co/Dla5pwIQZO

Also, how classy and lovely is @BretHart when speaking truths to up and comers?

Edge defeated Seth Rollins in a Hell in a Cell match at WWE Crown Jewel 2021 and seemingly ended their rivalry with their trilogy of matches. WWE Hall of Famer won by stomping Rollins onto a chair in order to get the pinfall.