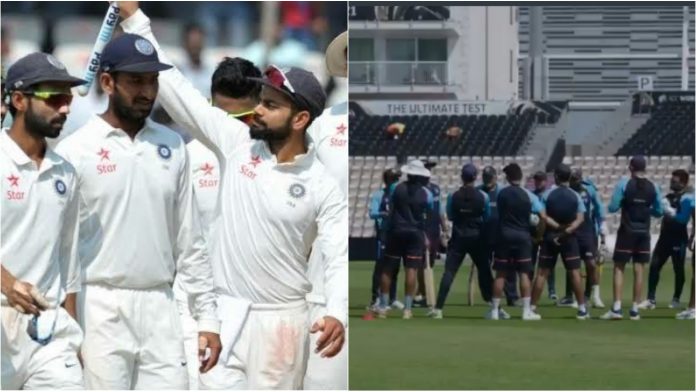 Virat Kohli led- Team India is set to clash with New Zealand in a high-stakes one-off ICC World Test Championship (WTC) Final match starting from June 18. The Men in Blue are making some last-minute preparations ahead of the marquee clash.

Team India training hard ahead of the match 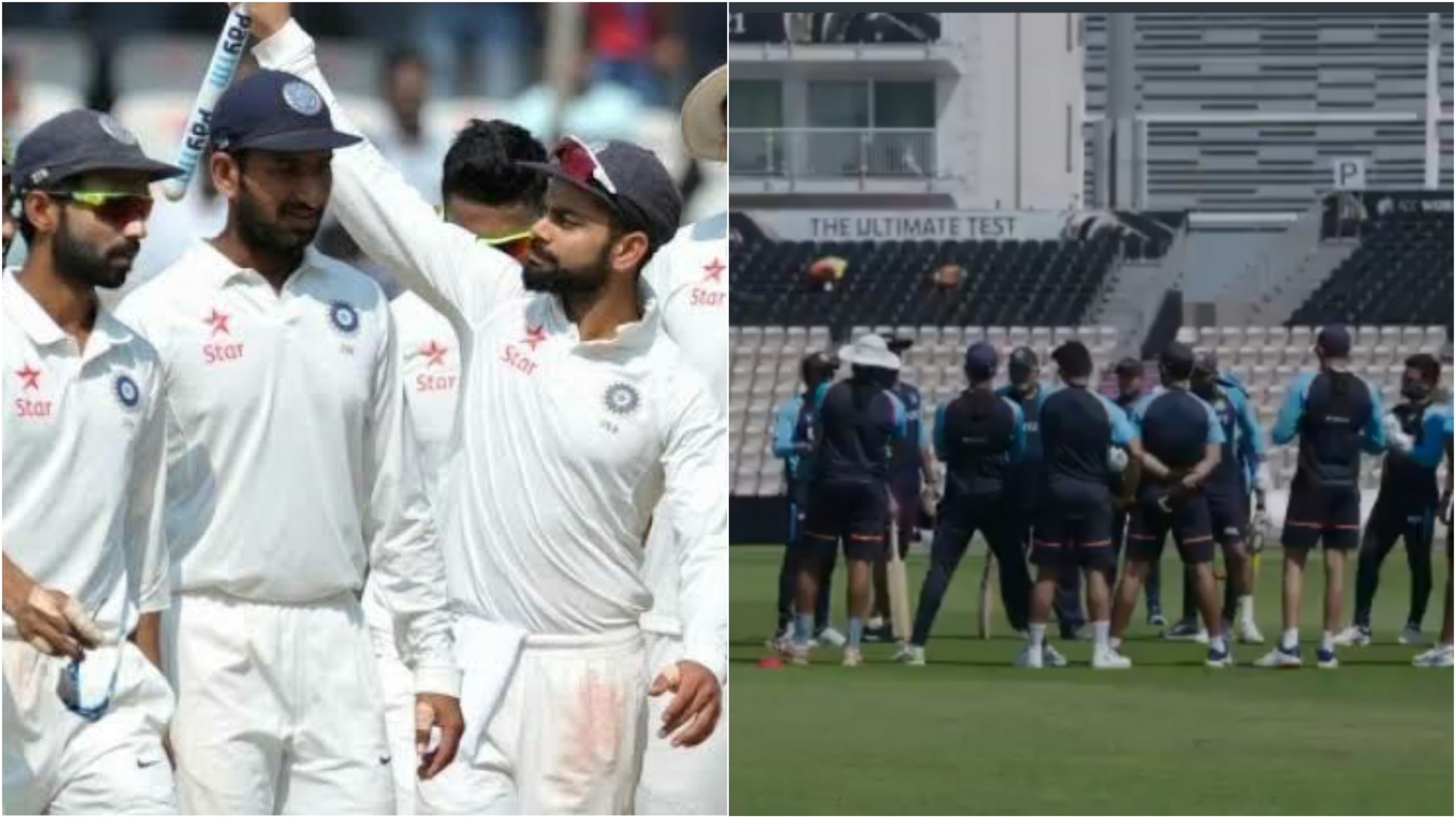 The International Cricket Council (ICC) recently shared a video clip of the training session on their official Twitter handle. The entire Indian squad were seen taking a couple of laps at the Ageas Bowl to kick off their training before having a fielding session.

The India skipper Virat Kohli and fielding coach R Sridhar also gave a pep talk to the players as they stood in a huddle before beginning the fielding session. It was also noticed that Head coach Ravi Shastri cheered the players from behind.

The team had announced their 15-member squad for the WTC final on Tuesday and few stars from their away Test series win against Australia would be missing out on the contest.

Washington Sundar, Shardul Thakur, and Mayank Agarwal were left out while Ravindra Jadeja will make his return replacing Axar Patel. KL Rahul has also been excluded from the final 15-man squad.

The Indian vice-captain Ajinkya Rahane during a pre-match press conference opened up on the mentality of the players ahead of the clash.

He said that the entire team is excited and confident for the clash against the Blackcaps at the Ageas Bowl.

He said: “Every player is excited about this final because we have reached here playing some consistent cricket ever since the World Test Championship began two years ago.”

Ajinkya Rahane, who is India’s highest run-scorer in the World Test Championship said that the team has been performing consistently even before the prestigious tournament and now they are focused on the Finale.

He added: “Even before the Championship began, we have played consistent cricket, so certainly all the boys are geared up for the final clash.”

We will see who lifts the WTC Trophy as the two top teams collide for the coveted prize.