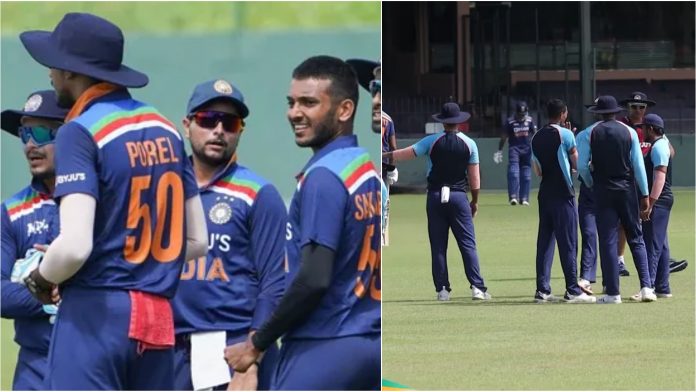 Team India is gearing up to square off against Sri Lanka in the limited-overs series. The start to the series is just less than a week away and the Men in Blue were witnessed preparing for the highly anticipated series. 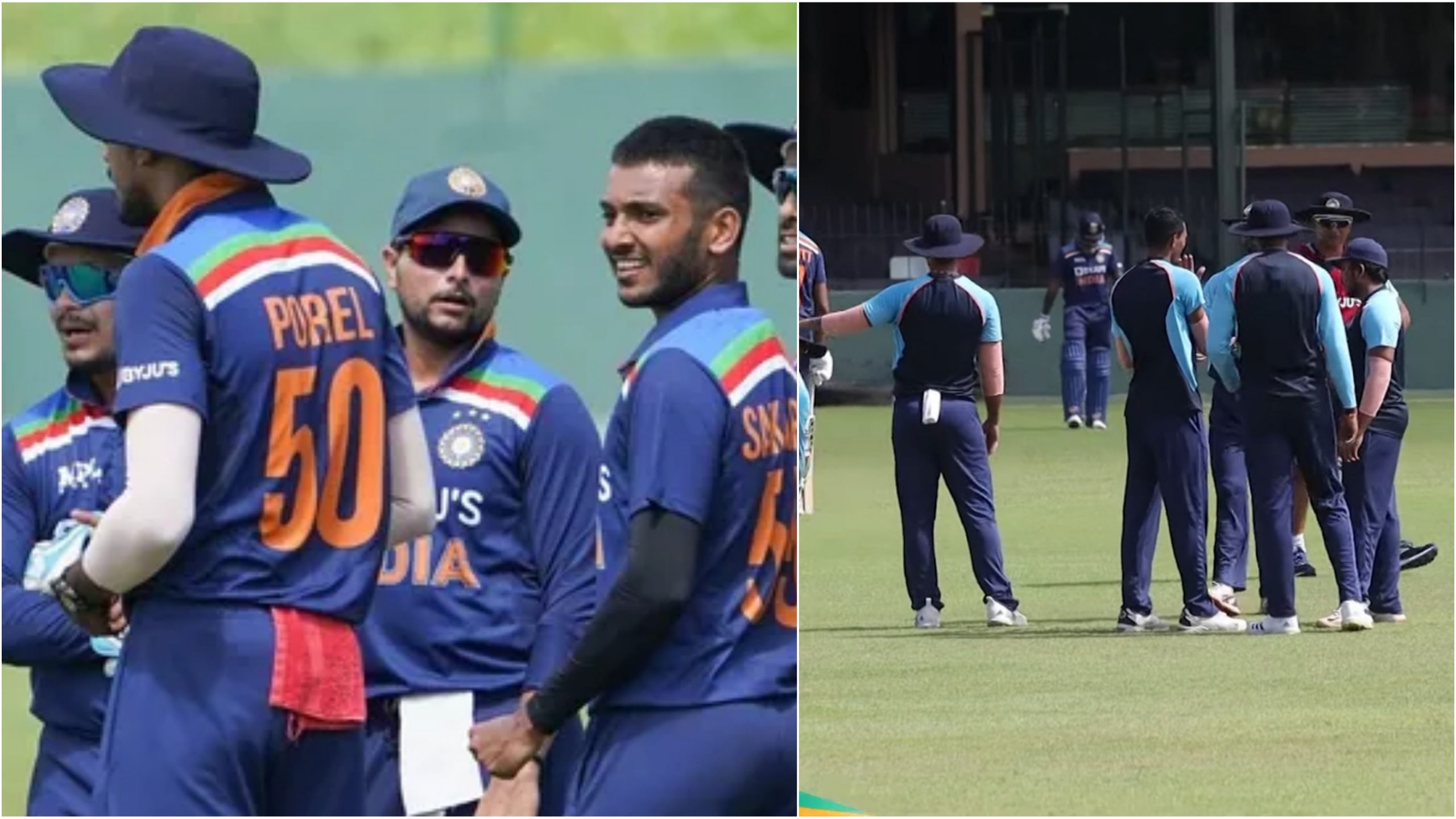 With the first match to take place next Tuesday, India took part in a couple of intra-squad match simulations. The second intra squad match took place on Wednesday, and Sri Lanka Cricket gave a sneak peek at the warm up game by posting a short video clip that was captured during India’s preparation.

The major part of the video saw pacers Deepak Chahar and Saini bowling to Devdutt Padikkal, Surya, Gaikwad and Hardik. Saini looked brilliant as he dismissed Padikkal with an outstanding delivery. Padikkal couldn’t judge the ball well as he nicked it to the keeper behind.

The video also featured Rahul bowling his leg-breaks to Pandya, first surprising him with a ball that took off after pitching but the all-rounder cracked him into the outfield in the second one.

The clips also saw Surya and Gaikwad hitting shots against pacers Saini and Deepak Chahar. Gaikwad played a couple of great-timed cover drives, while Surya tried to take Saini on and clear the infield but couldn’t.

For Padikkal, Chetan Sakariya, Krishnappa Gowtham, Nitish Rana and Gaikwad, this is their first international match donning the Indian jersey.

But Prithvi Shaw, Manish Pandey and Sanju Samson all have had their first-times and now it’s an opportunity for them to prove that they deserve spots in the senior squad.

The series against Sri Lanka will help the management to judge the up and coming Indian players and a handful of players could make their way into the senior squad as well.