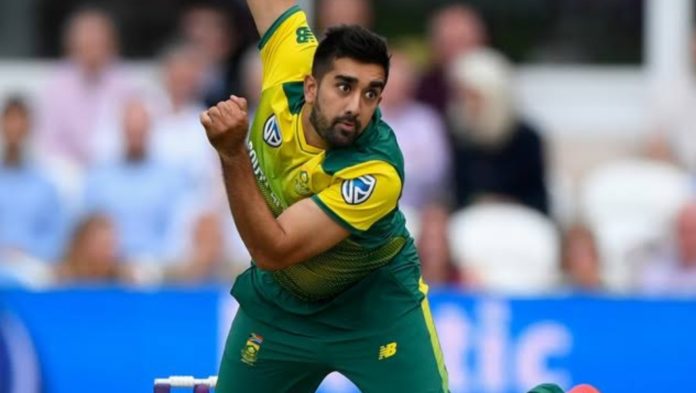 The star left arm china-man bowler pulled out a neat little magic trick as a celebration after he picks up a wicket. It was a match between Paarl Rocks and Durban Heat in Mzansi Super League. Tabraiz Shamsi took the wicket of Wihan Lubbe at a crucial point of the match in the second innings. 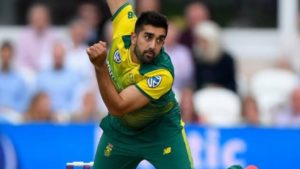 As a celebration, Shamsi showed a magic trick in the cricket field which became viral. He showed a red coloured handkerchief towards all and suddenly it became a white rod. It was a beautiful piece of magic and the cricket World has never witnessed such celebration in the field.

Tabraiz Shamsi also took the wicket of David Miller in this match. However, his bowling figure was not much promising in that match. Shamsi took two wickets with conceding 37 runs. Paarl Rocks posted a high total of 195 in the board after batting first. A brilliant knock from Delport helped them to post a good score. However, the bowling attack of Paarl Rocks could not deliver their best on the given day. Durban Heat were able to chase the run with losing just four wickets. Shamsi’s celebration did not last long as it did not create much impact for his team.

Everyone: "Those leggies have got a bag of tricks up their sleeves"Tabraiz Shamsi: 🎩🧞‍♂️✨(📺: Mzansi Super League)

Posted by ESPNcricinfo on Thursday, December 5, 2019