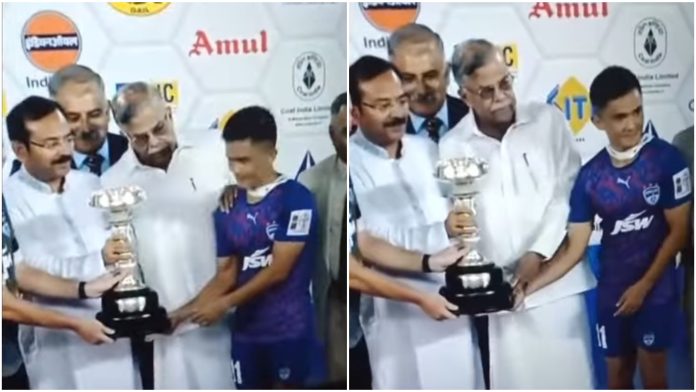 The Bengaluru FC skipper Sunil Chhetri was insulted by La Ganesan, the Governor of Manipur and West Bengal during the post-match award ceremony on Sunday. Fans have lashed out at Ganesan on social media after a viral video clip showed him ‘pushing’ the Indian football team captain Sunil Chhetri during an award ceremony. 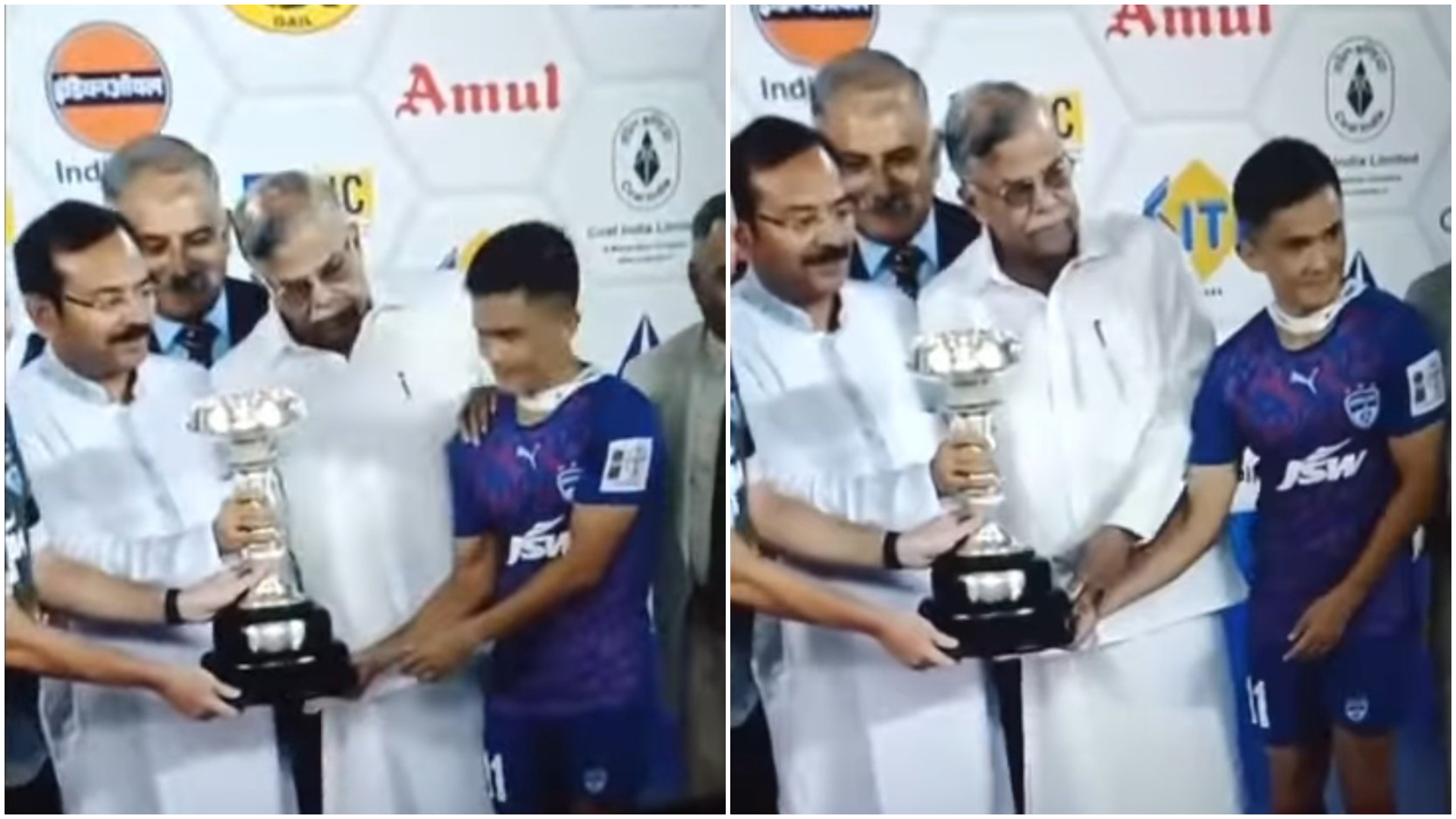 Bengaluru FC finally added the one Indian football trophy that was missing from their cabinet after they beat Mumbai City FC 2-1 in the impressive summit clash at the Salt Lake Stadium, Kolkata on Sunday to win the prestigious Durand Cup. Sivasakthi Narayanan netted in the 10th minute and Brazilian Alan Costa in the 61st minute scored the winner while Lalengmawia Ralte (Apuia) got the lone goal for the Mumbai side.

However, some shocking developments took place during the post-match presentation ceremony. The Governor La Ganesan presented the Durand Cup trophy to Sunil Chhetri. In the video that has now gone viral, the Governor can be seen pushing away Sunil Chhetri, purportedly for a better photo opportunity.

After the video went viral, social media users criticised the Governor for his conduct and demanded an apology.

Sunil Chhetri and Indian football both deserve an apology by #LaGanesan https://t.co/439gEXRT1p

This is why we say indian politicians got no brain they just only want to show their face on camera to gain fame 😂 this guy asked Sunil chetri to move and hold the cup like he won it 🥴#DurandCup2022 #BengaluruFC #SunilChhetri pic.twitter.com/Tz7Fqj9k9m