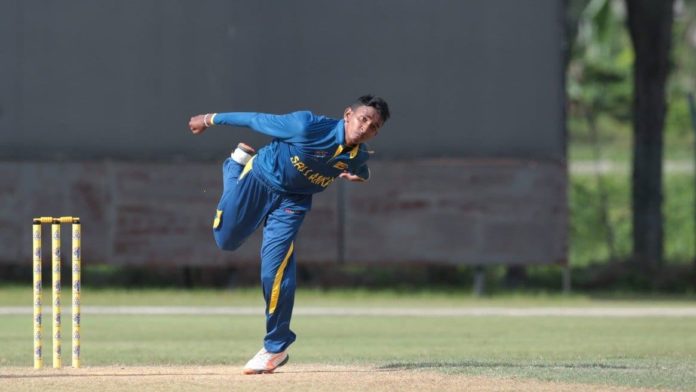 As the T10 League started in Abu Dhabi, Sri Lankan mystery spinner Kevin Kothithiigoda has turned the eye balls and has reminded everybody of the famous South African mystery spinner Paul Adams. Left arm Paul Adams first burst into the scene in 1995-96 when he played for South Africa against England at home and his bowling action was called the ” Frog In A Blender” as the bowling action was unorthodox and was never seen before. Indian left arm spinner Shivil Kaushik was also boeling with the same action in the 2016 edition of IPL were he successfully castled Faf Du Plessis of Rising Pune Supergiants in his first outing in the cash rich Indian Premier League. 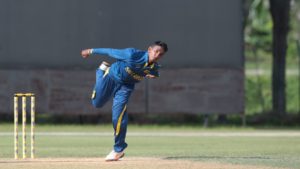 The 21-year old Kothithiigoda who hails from Galle is currently playing for Bengal Tigers in the T10 league in Abu Dhabi. After bowling his first ball in the tournament he was trending on the internet with ” Frog In A Blender”.

Kothithiigoda who first grabbed eyeballs in the U19 asia cup in Kuala Lumpur is one of the finest and exciting talents Sri Lanka have. He was also the part of the team which defeated Afghanistan by 61 runs.

Playing for the Bengal Tigers the mystery bowler counted for the dangerous Johnson Charles and finished with a figure of 1/21 in 2 overs.

Kothithiigoda has played for Sri Lanka U19 and plays for his local team Dambulla.