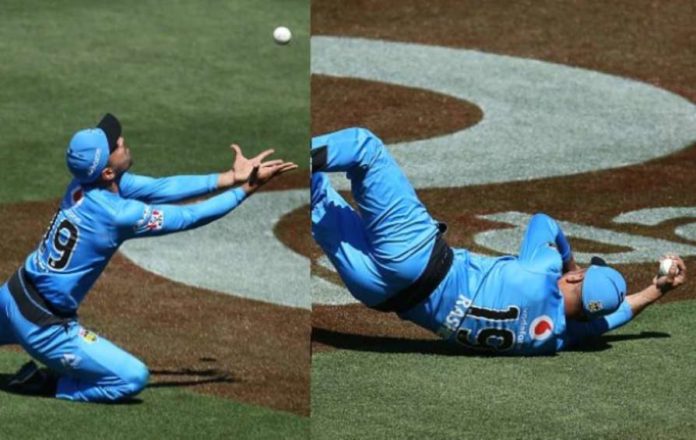 Afghanistan all-rounder Rashid Khan is proving himself as a precocious talent for whichever team he represents. Not just he is brilliant with the ball, his brutal batting down-the-order has also established him as a star in the shortest format of the game. But these days, he seems to be everywhere in the pitch with his sheer athleticism and fantastic field-work; as recently, Khan grabbed the world’s attention with some unbelievable cricket moments in this year’s Big Bash League (BBL). 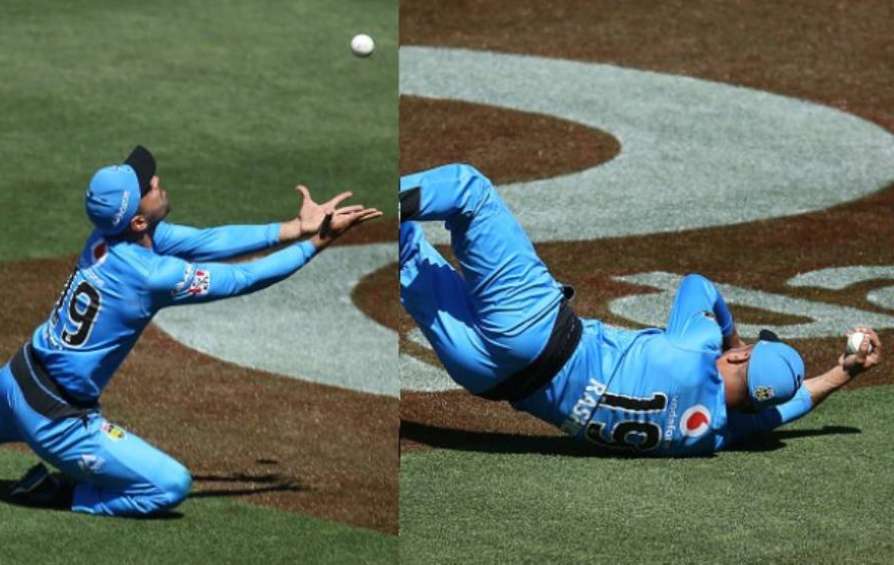 On Friday, Rashid Khan was once again the MVP for his side Adelaide Strikers. In their home-game against Brisbane Heat match at the Adelaide Oval, Khan picked up a wicket in his four overs quota while conceding 15 mere runs. But the 21-year-old made a far more sensational contribution of the day, when he dismissed the dangerous Chris Lynn for 26 with a jaw-dropping piece of fielding.

Lynn was looking to slog Liam O’Connor down the mid-wicket but ended up with a leading edge and Rashid who was inside the circle on the off-side, sprinted off with the ball in his sight, dived full-stretch, and pulled off a stunner.

The Afghanistan leg-spinner has been nothing but brilliant so-far in this edition of the Big Bash League. He is the third-highest wicket-taker of the season with 15 scalps in games while Daniel Sams tops the chart with 17.

The Strikers bowled out the Heat for a just 100 runs in 17 overs with Liam O’Connor picking up 3 wickets for 30 runs in his four overs. Chris Lynn (26) and Matt Renshaw (43) were the only two Brisbane players to get into double figures while the hosts easily chased down the target with 10 wickets in-hand.