The sporting world went into a state of absolute shock on Sunday, when it was revealed that Kobe Bryant, his 13-year old daughter Gianna Maria Onore Bryant along with 7 other passengers were killed in a helicopter crash.

The crash occurred at 10 am in the morning in the hills of Calabasas and as the chopper crashed a fire broke out making it impossible for the fire fighting services to rescue him. Sikorsky S-76 helicopter was the name of the chopper that went down. 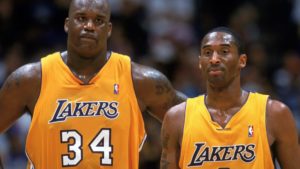 Basketball players were the most hit from this tragic news. It was hard for his former teammates especially Shaquille O’Neal.

The pair managed to win three consecutive NBA titles (2000, 2001, 2002) and make an NBA Finals appearance in 2004. They played eight seasons together, but the spat between the two forced the Lakers to trade Shaquille O’Neal to Maimi Heat in 2004.

Despite their differences, Shaq and Kobe managed to get along later in their career.

TNT organised a special show from the Staples Center, where Shaquille said that he didn’t want to believe the news when he first heard about Kobe Bryant.

“I haven’t felt a pain that sharp in a while.. it definitely changes me.”’@SHAQ on the loss of his brother, Kobe. pic.twitter.com/dM5i0DDgGK

“I didn’t want to believe it.”

“I haven’t felt a pain that sharp in a while. I’m 47 years old. Lost two grandmothers, a [father], I lost a sister, and now I lost a little brother,” O’Neal continued.

“It definitely changes me,” O’Neal added. “I work more than the average guy, but I just have to take time… and do a better job of reaching out and calling people. Because you never know.”

Shaq revealed that the last time he talked to Kobe was back in 2016. Kobe was playing his final game against the Utah Jazz and had dropped 60 points.

“That was the last time I spoke to him. I just wish I could’ve — it definitely changes me,” O’Neal said. “I just really have to now just take time and call and say, ‘I love you.’ I’m going to try and do a better job at reaching out and talking to the people rather than always procrastinating because you never know.” (H/T – US Magazine) 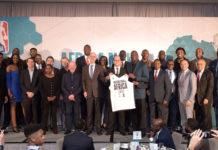 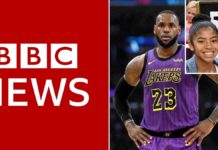