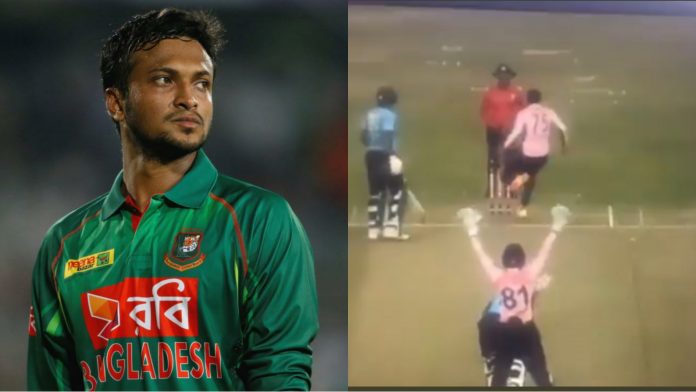 The Bangladeshi star All-rounder Shakib Al Hasan is not often witnessed losing his temper on the field. But, in a recent incident, he was seen losing his cool during a match after he had a verbal argument with the on-field umpire.

The All-Rounder, Shakib Al Hasan was witnessed in shocking scenes which took place during the Dhaka Premier Division Twenty20 Cricket League. He was seen kicking and uprooting the stumps while he had a altercation with the on-field umpire. It came after an LBW decision went against him.

The incident took place in the match between Mohammedan Sporting Club and Abahani Limited. Shakib, who plays for Mohammedan had appealed for an lbw against his National teammate, Mushfiqur Rahim.

The appeal was denied, and Shakib was seen charging to the umpire and his next action stunned everyone on the field- he kicked the stumps in frustration. 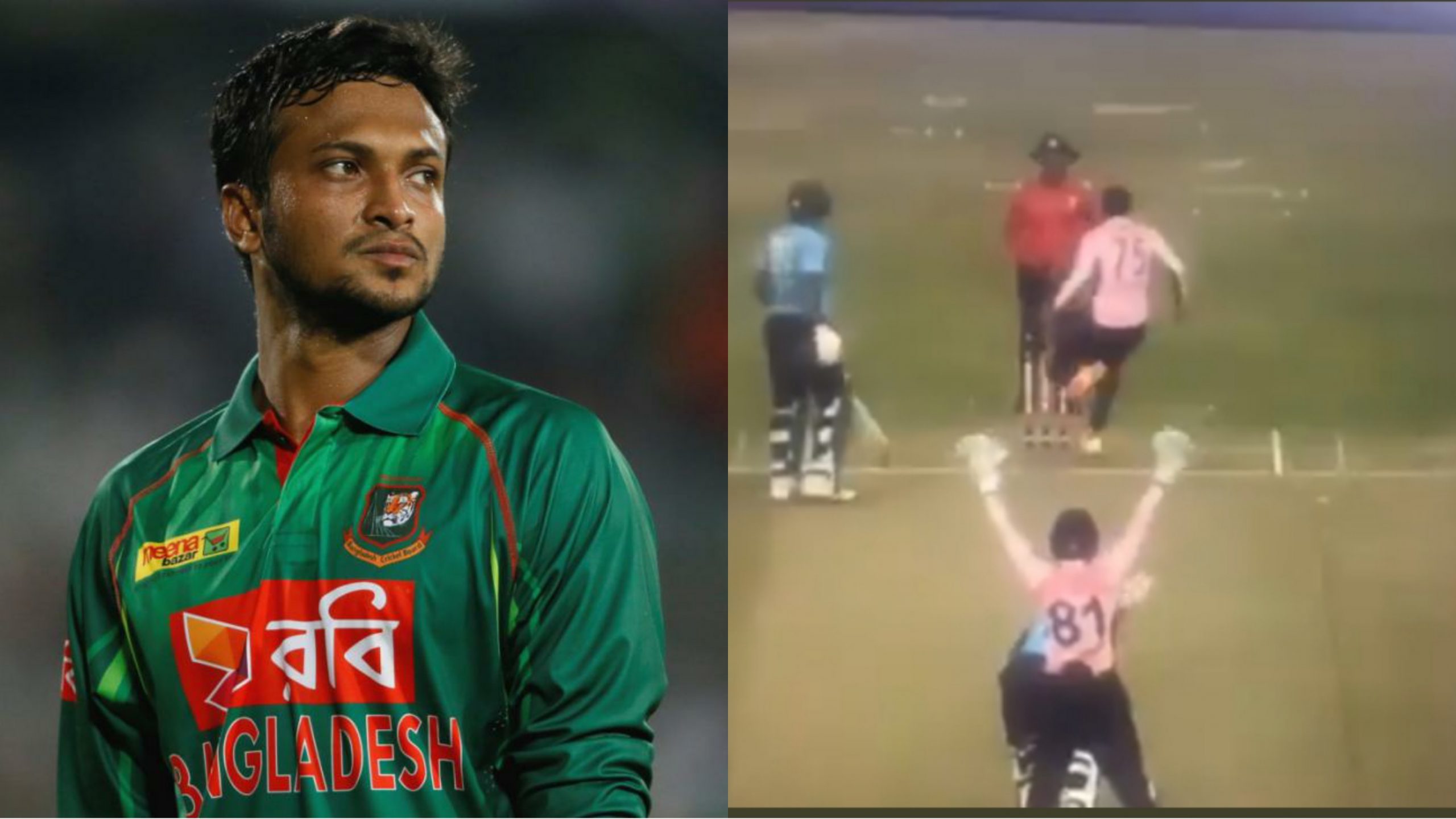 Then again Shakib got furious and uprooted the stumps and threw them away when play was called off in the sixth over, with one ball remaining to be bowled to end the over.

Shit Shakib..! You cannot do this. YOU CANNOT DO THIS. #DhakaLeague It’s a shame. pic.twitter.com/WPlO1cByZZ

Shakib is leading his team, Mohammedan in the Bangladesh based tournament and had made 37 off 27 as the team posted 145 for 6 batting first in the match. Their opponent Abahani were 31 at the expense of 3 wickets in 5.5 overs as the rain stopped play.

Shakib had also found himself in another controversy recently when he was banned by ICC as he failed to report corrupt approaches by an alleged Indian bookie. The incident took place during the Indian Premier League and in a tri-series involving Bangladesh, Zimbabwe and Sri Lanka.

He made his return from the ban and played for Kolkata Knight Riders in the currently-suspended IPL 2021. However he will not be a part of the KKR in the remainder of the IPL in UAE as the Bangladesh Cricket Board did not agree on providing the NOC.