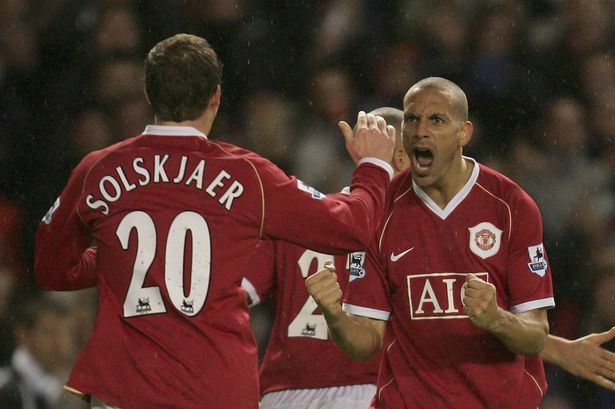 Former Manchester United defender Rio Ferdinand defended his old teammate and current United boss Ole Gunnar Solskjaer in an argument with the fans while stopping his car after the Red Devils lost 2-0 to West Ham on Sunday. The Old Trafford legend was spotted reacting to the Ole out chant while he was on his way from the London Stadium. A group of supporters were discussing the problems United faced on a YouTube channel named ‘The United Stand’ when he stopped by.

Ferdinand while leaving the ground insisted his driver to pull over and lowered the window and asked the group what they thought after the disappointing performance. The host explained that some supporters wanted ‘Ole out’ and wanted him to be sacked as soon as possible after the miserable performances by the team.

However, Ferdinand reacted by arguing: “Ole out? Come on man, where’s that coming from?

“You get a bad result and you change it? Two weeks ago I didn’t see people saying, ‘Oh we want Ole out.’

Rolling up on the fan tv like….
🤯🤯🤯#MUFC pic.twitter.com/66QH4edfgA

United’s dismal display may be due to the fact that a number of key players are out injured in an already depleted squad. The Hammers though snatched three points at United’s expense with Andriy Yarmolenko and Aaron Cresswell on the scoresheet.