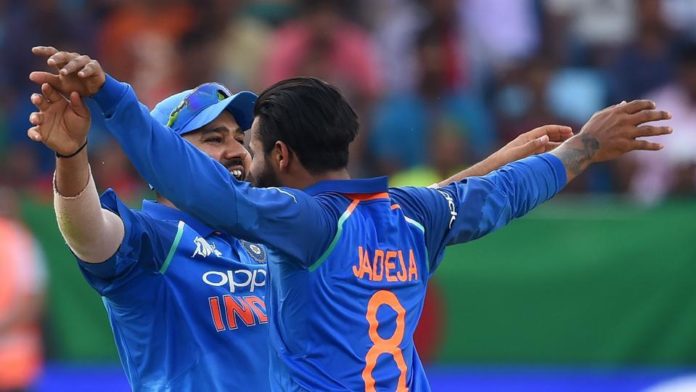 Heavy rain spoiled the first ODI after West Indies scored 54 for one in 13 overs, forcing the match to be called off just after. The match was already reduced to 43-over-a side, before a ball was bowled as wet outfield forced the toss, to be delayed. The Indian skipper Virat Kohli and his team though, seemed to be in a light mood throughout the rain interruption on Thursday. 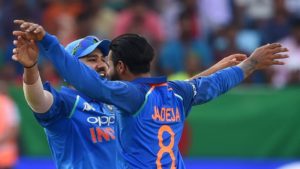 Ravindra Jadeja was seen entertaining one of his teammates in a video posted by BCCI on Instagram, the all-rounder was up against opener Rohit Sharma as they played a ‘Heads Up Challenge’ – a game where Rohit needed to guess who Jadeja was mimicking. Turns out the Indian opener took no time to identify Jasprit Bumrah, but he had to think hard before figuring out Virat Kohli.

Kohli, in the background of that video, seemed to be amused at Jadeja’s efforts to imitate him.  Previously the skipper was spotted dancing to local songs at Providence Stadium in Guyana. He also got to catch up with his former Royal Challengers Bangalore (RCB) colleague ‘Universe Boss’ Chris Gayle. However, the Indian captain later added, “It’s probably the worst thing in cricket, the start-stop game. The more stops you have, the more you have to be careful about injuries on the field.”