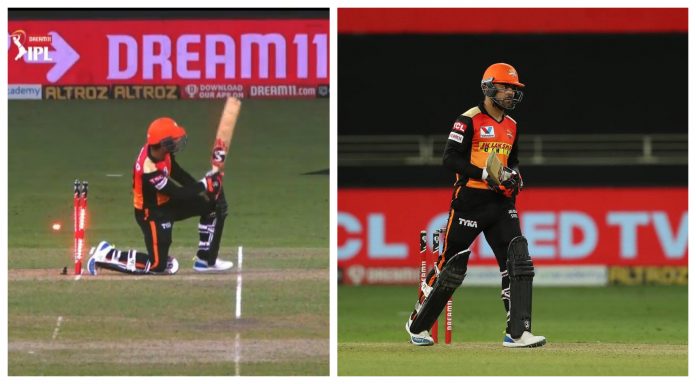 The first half of the 2020 Indian Premier League has been done and dusted, and the second half of the competition kicked off with the game between Chennai Super Kings (CSK) and Sunrisers Hyderabad (SRH). However, the game witnessed a couple of bizarre incidents on the field.

At first, MS Dhoni and on-field umpire Paul Reiffel got into a tiff regarding the ‘uncalled wide ball’ when the umpire was one the verge of signalling the delivery as wide but seeing Dhoni’s expression, he stopped to stretch his arms. However, in the same over, another bizarre incident happened where Rashid Khan was seen got out twice off the same ball as well.

Sunrisers Hyderabad required 22 runs off the final seven balls with Rashid Khan batting on 14 off seven, with a boundary and a six in his name already. He was trying for another big hit to help his team win in the final ball of the penultimate over by Shardul Thakur. 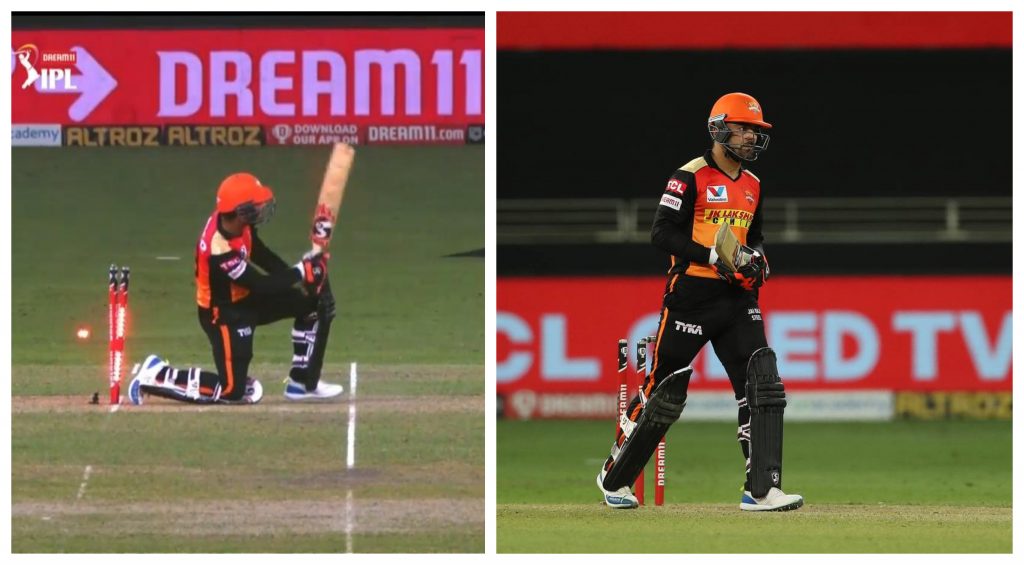 Rashid went for another huge hit and to do so he went down on his knees to hit the ball with full force. Although he tried to go underneath the ball, his left leg hit the stumps while playing the big shot. Meanwhile, the ball which he smashed with the hope of a boundary or maximum, ended up landing straight down to Deepak Chahar at long-on and took it with ease.

However, the incident saw the twin dismissals for the SRH all-rounder. But Rashid Khan was given out for the catch and not for the hit-wicket even though the stumps were hit by him before the catch was taken by Chahar.

Although there is a reason for it too. Section 33.5 (Caught to take precedence) of the IPL match playing conditions says: “If the criteria of clause 33.1 are met and the striker is not out Bowled, then he is out Caught, even though a decision against either batsman for another method of dismissal would be justified.”

Meanwhile, Dwayne Bravo came to bowl in the final over, conceding only 1 run and claiming a wicket as well and help CSK won the match by 20 runs. With this, their hope to qualify for the playoffs is still there as well.

Leading the points table, MI skipper Rohit Sharma wants to stay ahead of other teams