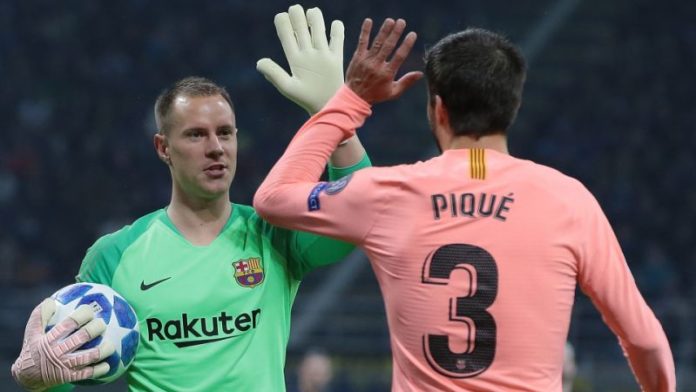 Barcelona goalkeeper Marc Andre ter Stegen is currently enjoying one of the best seasons in his career. The German shot-stopper has almost single handedly saved the Catalan club from disastrous results following their woeful defensive display so far in the season. And even during the team’s training, he just cannot stop pulling off magnificent saves regularly. In a video posted by the club on social media, ter Stegen is seen saving an ineludible free header from Gerard Pique as the Spanish centre back couldn’t believe his effort being stopped on such short notice. 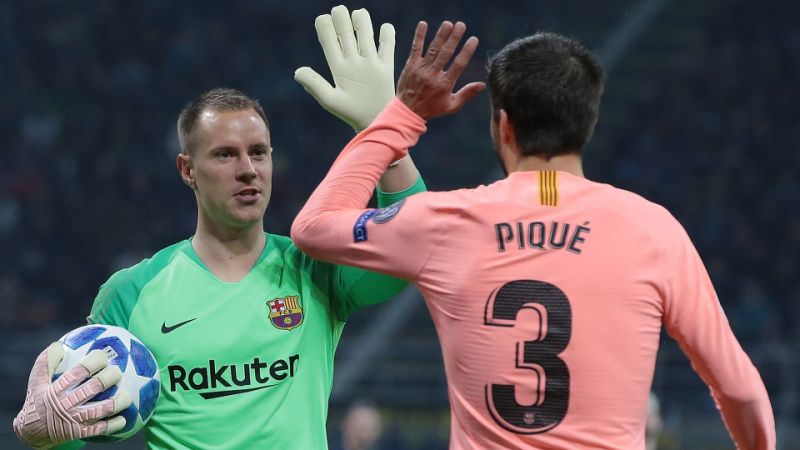 On Sunday, Barça’s social media team uploaded a video of ter Stegen’s save during one of the training sessions, captioning, “Piqué with the header, and goa – wait what?!” And the clip shows his world class effort to deny teammate Gerard Pique’s genuine header which was certainly going behind the line. Pique one the other hand was so awestruck that he couldn’t respond to his colleague’s reflexes. ter Stegen then responded back, hugging the former Spanish international who finally appreciated his effort with a grin.

Check out the wonder save here:

Piqué with the header, and goa – wait what?! 😳 pic.twitter.com/384MNsUngy

In a deal which looks like a steal in today’s footballing market, Barcelona signed Ter Stegen for €12 million from Borussia Mönchengladbach back in 2014. And in his debut season at the Camp Nou he was opted over Claudio Bravo by then manager Luis Enrique to start in Champions League matches. The German paid off his manager’s faith and helped his team bring the 2014/15 Champions League trophy back to the Catalan giants.

Overall, ter Stegen has so far enjoyed much success at the club winning four La Liga titles, four Copa del Rey, three Spanish Super Cups and the Champions League trophy in his five impressive seasons for the Blaugranes. Now, 27, he is one of the best goalkeepers around and looks determined as ever to bring the European title back to Barca, as well as maintaining the club’s existing domestic dominance.