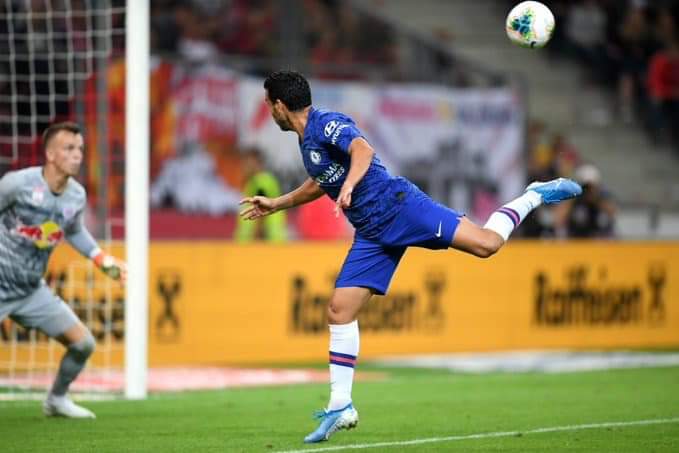 Chelsea are looking good in the preseason matches. Frank Lampard’s side are showing fluidity in attack. However, there are still some lapses in the defensive unit of the Blues. The Blues scored 5 goals in the match against RB Salzburg and the fourth one scored by Pedro was sensational. 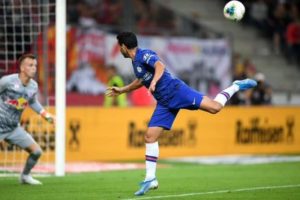 Ross Barkley provided a beautiful cross towards Pedro. Pedro backlicked the ball towards goal. After the wonder goal the comparisons had been started with the wonder backflick goals scored by Olivier Giroud and Henrikh Mkhitaryan.

Michy Batshuayi scored the fifth goal at the 88th minute of the match. RB Salzburg pulled three goals back and that would be a concern of Frank Lampard. The defensive unit of the Blues are leaking goals in this preseason and that is not a good sign. Otherwise, the attacking half of the team is looking stable in the new 4-2-3-1 formation of Frank Lampard.