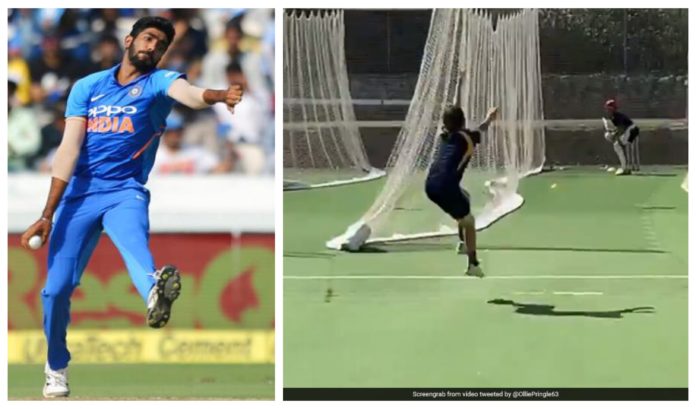 A young cricketer from New Zealand has lit the cricketing world with awe after nailing the action of Jasprit Bumrah with the utmost perfection in the nets. 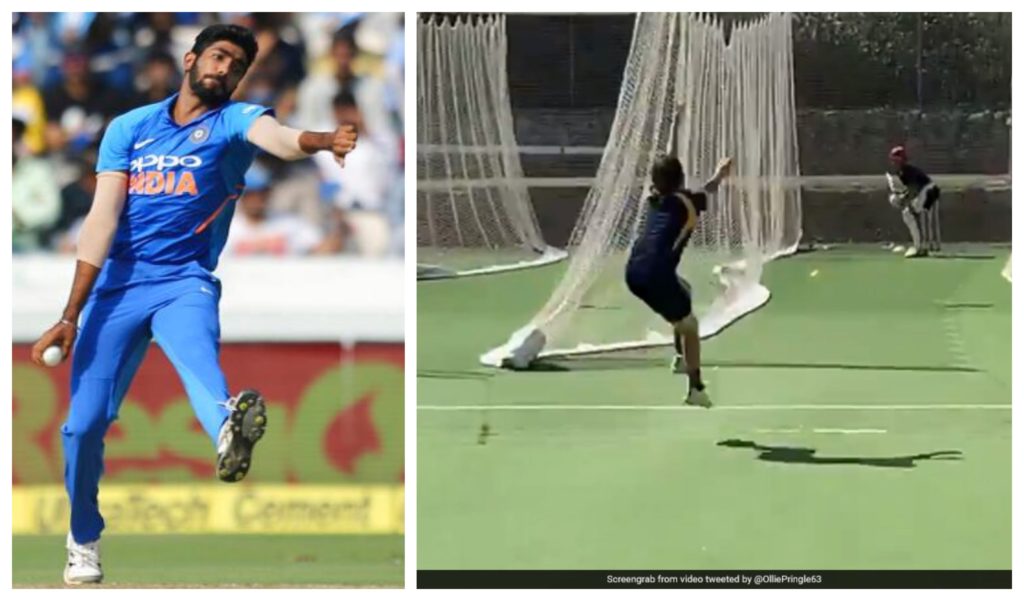 The Indian pace sensation has been the talk of the town ever since making his debut in 2016. His unique bowling action coupled with his blend of variations makes him a model to mold into.

Right from the Indian skipper Virat Kohli to the random fan in the street, a major part of the cricketing fraternity has tried out the speedster’s action.

Former Blackcaps coach Mike Hesson retweeted a video of a young bowler bowling with Bumrah’s action in Auckland. The video was initially uploaded by Ollie Pringle, a cricket coach in New Zealand who had tweeted:

“How good is this kids impersonation of @Jaspritbumrah93  in Auckland. @BCCI @BLACKCAPS #woweee.”

How good is this kids impersonation of @Jaspritbumrah93 in Auckland. @BCCI @BLACKCAPS #woweee pic.twitter.com/0XDtSEqWaW

The young bowler’s replication has brought up awe-inspiring reactions from the greats of the game which include Mike Hesson himself and former Kiwi allrounder Scott Styris.

Bumrah had earlier acknowledged the efforts of an Australian kid who also tried to replicate his action. It is only a matter of time before he notices this effort, which arguably is the best to date.

Bumrah’s fellow teammate Yuzvendra Chahal has gone at great lengths by jokingly claiming that the kid’s action is better than Bumrah’s himself.

Jasprit Bumrah did not have the greatest time at Eden Park in the second ODI after going for runs and ending up wicketless for the third ODI in a row. The speedster’s return from injury has not gone as planned after picking up a sole wicket in the last 5 ODIs.

India carried their prolific home record into New Zealand and trashed the home side 5-0 in the T20 series. The Men In Blue, however, could not achieve their second consecutive series win over the Kiwis in New Zealand after losing the first 2 ODIs.

Bumrah and co. now head to Mount Maunganui for the final ODI where the Men In Blue look to avoid a whitewash while the pacer will look to bounce back and return to his deadly best.

See which New Zealand bowler has officially become the most successful bowler against Kohli in the world!