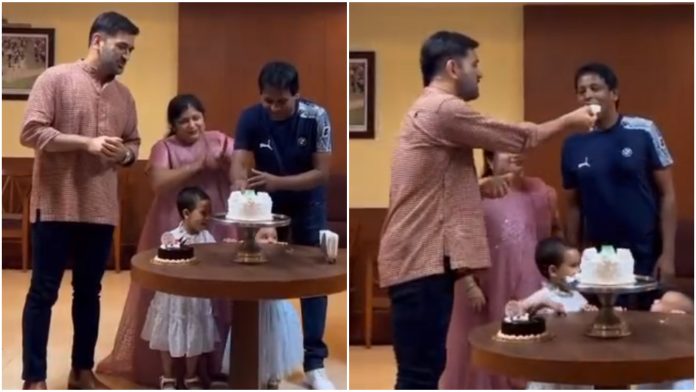 The former Indian skipper MS Dhoni recently stole the hearts of his millions of fans with a sweet gesture. The Ranchi-born cricketer turned up at his friend’s birthday party following the conclusion of the Indian Premier League(IPL) 2022. It has been noted that Dhoni showed up at his tennis coach Surender Kumar’s birthday party. Dhoni’s tennis coach and good friend Kumar also hails from Ranchi. 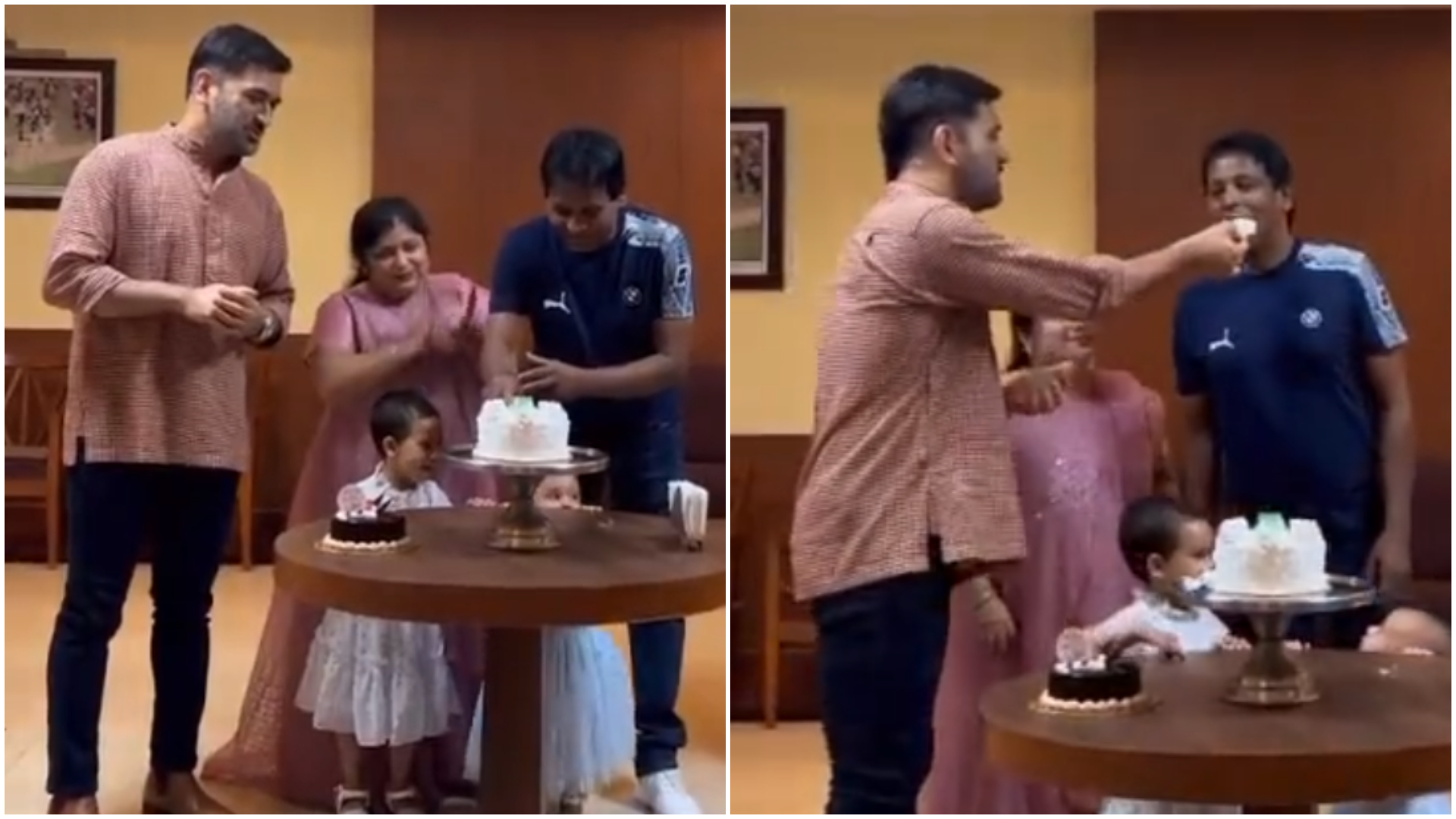 MS Dhoni is enjoying his time post-retirement and often meets up with his old pals. In a video that has surfaced the social media, the World Cup-winning captain was seen accompanying Kumar’s family members during the cake-cutting ceremony. The birthday celebrations were held at the JSCA stadium.
The videos and photos of the low-key event were shared by ardent fans of Dhoni on social media. Dhoni’s sweet gesture was heavily lavished with praise. Interestingly, Dhoni’s close friend Kumar is a coach at the JSCA Tennis Academy in Ranchi.

Dhoni will be once again back on to cricket field in the next edition of the Indian Premier League. The 40-year-old had stepped down as the captain of the Chennai Super Kings franchise in the build-up to CSK’s campaign opener against Kolkata Knight Riders (KKR) last season. However, Dhoni was handed the charge was again after veteran all-rounder Ravindra Jadeja decided to relinquish CSK captaincy to focus on his game. The four-time champions CSK had a forgettable run in the campaign and finished ninth in the 10-team tournament.