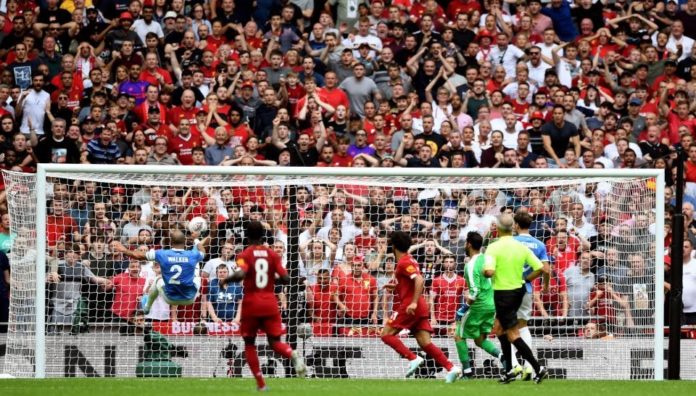 Manchester City won the Community Shield in 2019-20 season with beating Liverpool on Sunday. However, Liverpool could have easily won the match in the regulation 90 minutes. Mohamed Salah got a brilliant opportunity at the 93rd minute of the match. However, his effort was saved by Ederson. The rebound came directly to Mohamed Salah. He headed the ball towards Goal. Kyle Walker saved the ball from goal-line with a bicycle kick. 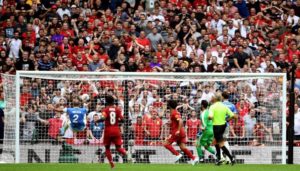 It was a great effort and according to the football pundits, Manchester City won the match at that point of time. Liverpool were taking the control of the game in the second half of the match. However, the shift of momentum just happened there. Raheem Sterling scored at the 12th minute of the match in the first half. The ball was provided by David Silva.

Joel Matip’s header went straight into goal in the second half of the match. The match ended with a scoreline of 1-1 after 90 minutes. The match went into tiebreaker and Wijnaldum’s shot was saved by Claudio Bravo. Manchester City won the match with a scoreline of 6-5 in their favour. However, the main turning point of the match was the bicycle clearance of Kyle Walker at the 93rd minute.

Manchester Is Blue : City on the verge of winning another Premier League title