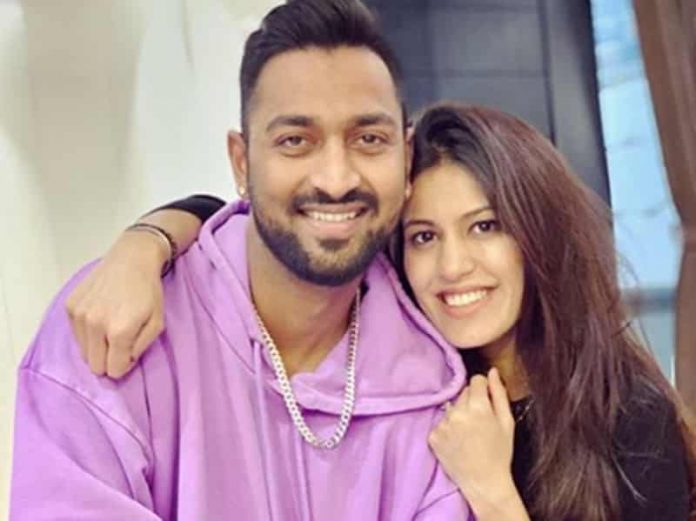 Team India and Mumbai Indians’ all-rounder Krunal Pandya has recently taken the famous ‘This or That’ challenge on Instagram along with his wife Pankhuri Sharma, which took the internet by storm. This new challenge is quite unique where you have to simply select what you like out of the given options where you can find what the person’s personality or their likings through the game.

However, it went viral in no time after Krunal Pandya uploaded the video of the challenge and fans started commenting as well. Several reactions started coming in as everyone praised the couple’s lovely chemistry.

Krunal Pandya, who was featured for Mumbai Indians’ record-fifth Dream11 IPL 2020 title in November, has been staying at home and enjoying some time off from the game. However, he will soon be seen in the Syed Ali Mushtaq Trophy 2020-21 where he will lead the Baroda team. Notably, they are considered as one of the favourites to win the championship this season, considering their stunning squad as well.

Baroda had done well during the group stage in the last season, but, they couldn’t reach the semi-finals of the competition which is why the team management has introduced several changes prior to the upcoming edition to turn their fortunes as well and the first one was being the appointment of Krunal Pandya as the captain of the team.

Krunal will take over the captaincy from Kedar Devdhar, who led the Baroda team in the last season. However, Devdhar has retained his place as an opening batsman. Meanwhile, veteran all-rounder, Yusuf Pathan has been dropped. They are placed in the Elite Group C this year and will play against Chhattisgarh, Gujarat, Maharashtra, Uttarakhand and Himachal Pradesh.