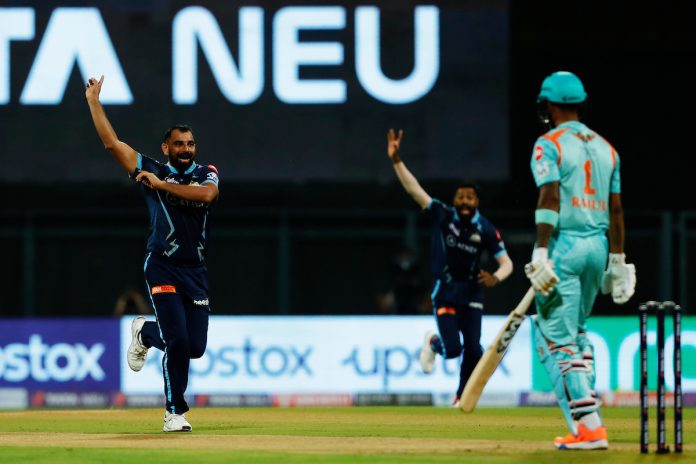 Lucknow Super Giants (LSG) captain KL Rahul endured a nightmare start to his new stint. The wicket-keeper batter was dismissed for a golden duck by Mohammad Shami off the very first delivery of the innings. 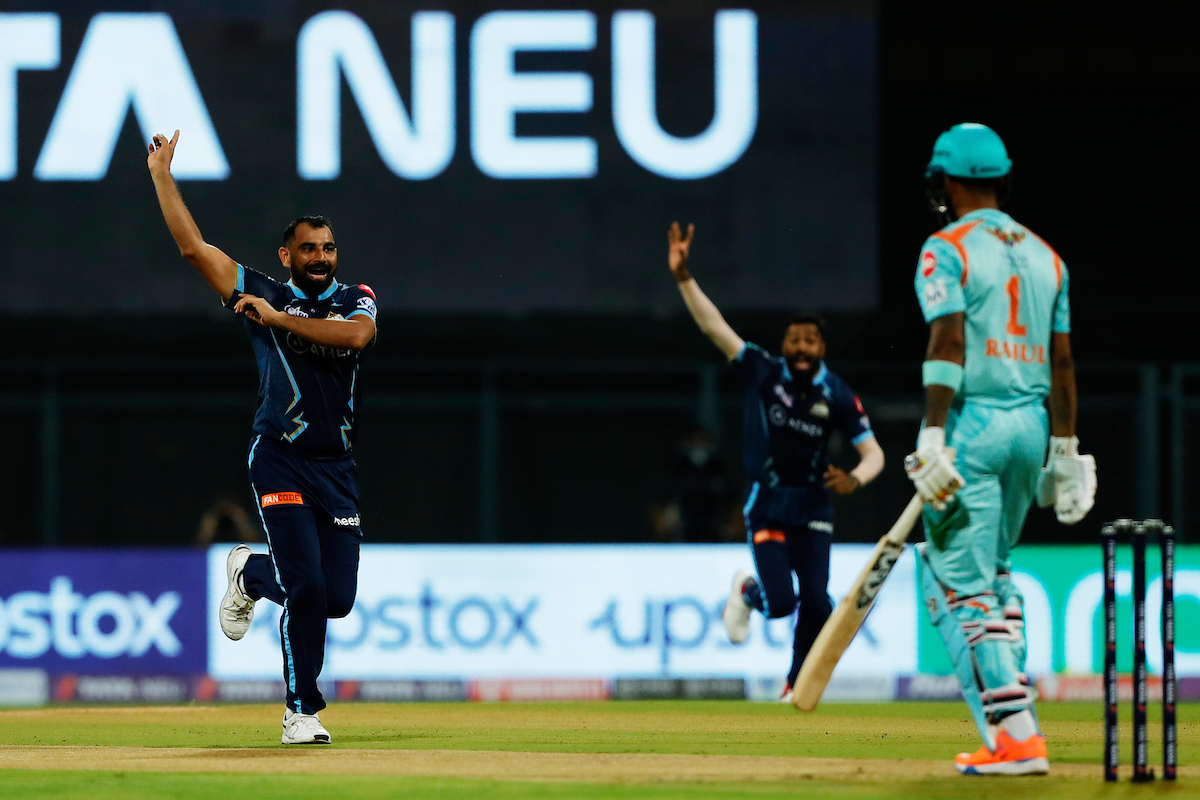 Opting to bowl first after winning the toss, Shami was assigned to bowl the first over of the innings with the new ball. The right-arm pacer was on point with his first delivery. This marks Kl Rahul’s first IPL duck in six years.

Holding a line just outside the stumps, a little bit of late movement away from KL Rahul did the trick for the Titans. A massive appeal, led by wicket-keeper Matthew Wade did not nove the umpire Virender Sharma, bringing the new captain Hardik Pandya into the action right away.

The all-rounder opted to go for the review, sending the case to the third umpire. Initial replays showed that the LSG skipper had hit his bat on his pad while bringing it down, leading to believe that was the source of the sound. However, ultra edge showed a massive edge while the ball passed the bat. Watch the replay of the dismissal right below:

Evin Lewis has come into bat at No.3 for LSG following the early blow. Shami bowled a tight over, giving away only two runs off it. The veteran pacer continued his fine work by castling Quinton de Kock in his very next over.