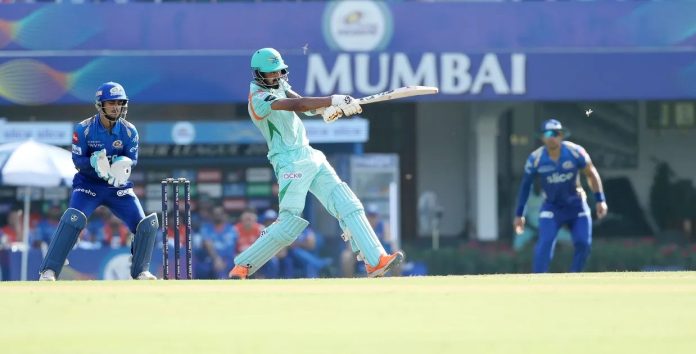 Lucknow Super Giants (LSG) captain KL Rahul scored a sublime hundred against the Mumbai Indians (MI). He became the first player to register a century in the 100th IPL match. 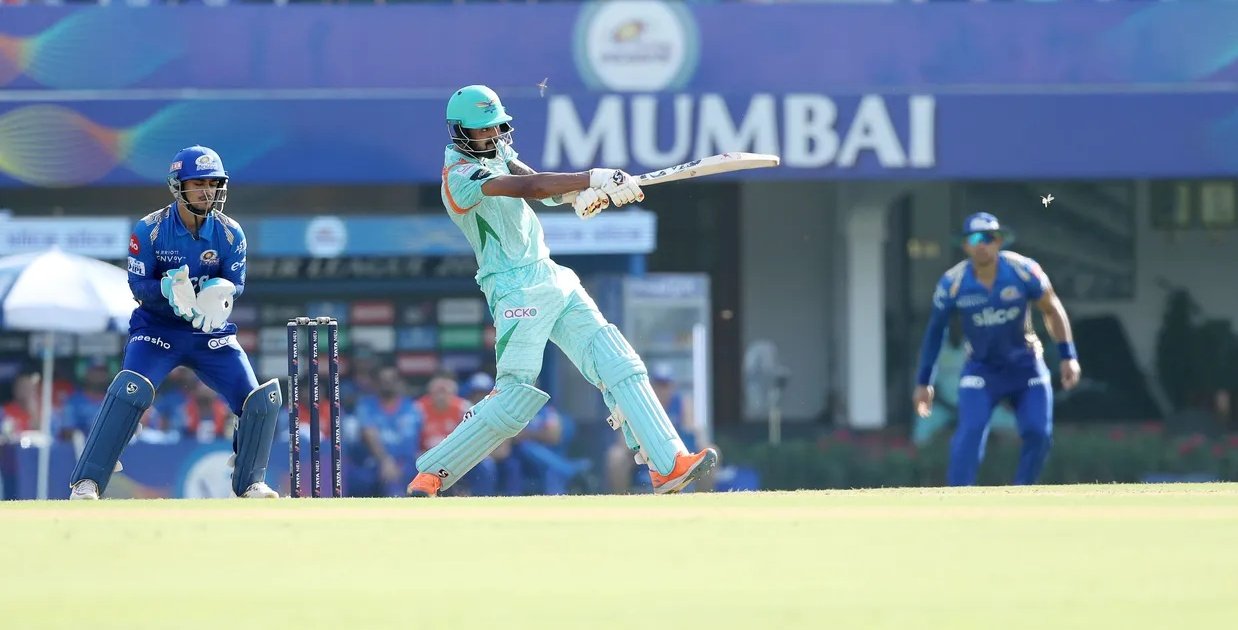 The stellar hundred, which propelled the new franchise to a mammoth first innings total, marked the third in Rahul’s IPL career. It was also the second century against the five-time champions. This marks his second hundred as a captain. Watch the moment he reached the landmark, scoring a four off Mills:

After being put in to bat first by Rohit Sharma, the LSG batters made full use of a batting-friendly surface at the Brabourne under the sun. Rahul and de Kock raced off to yet another fifty-run stand, coming off just 32 deliveries.

The @LucknowIPL captain is leading from the front as he brings up his 3⃣rd IPL ton. 🙌 🙌

The skipper kept going from one end while he was helped by cameos from Manish Pandey and Deepak Hooda. Courtesy of his third IPL century, he made it to the second spot in the Orange Cap race, only behind Jos Buttler.