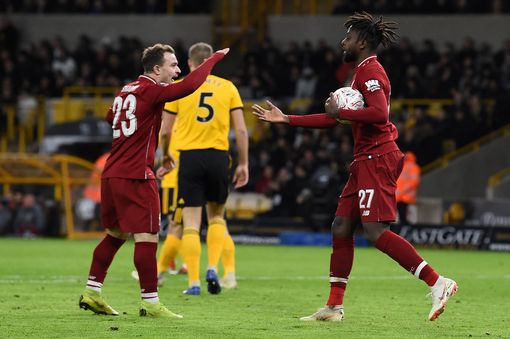 Jurgen Klopp’s squad rotation for Liverpool’s 2-1 FA Cup defeat at Wolves was let down by players who “failed miserably”, according to former England captain Alan Shearer. 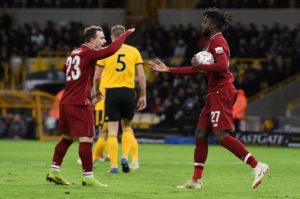 The Liverpool gaffer had picked Daniel Sturridge and Divock Origi as a part of his rotated side and the phenomenal trio of Salah, Firminio and Mane took their due rest on the bench. However, there was only one pass made between the starting pair and only one touch in the opposition’s penalty area during the first half.

“It’s all my responsibility – they had no rhythm,” Klopp told BBC Sport. “There were not a lot of good decisions from me – that’s how the days are sometimes.”

Origi scored a brilliant goal otherwise sandwiched between two Wolves goal – one from Raul Jimenez and another from Ruben Neves.

Origi’s goal came when he received the ball just outside the penalty area after Milner was challenged, and he shifted it away from Willy Boly before shooting powerfully and with minimal back-lift through the legs of Leander Dendoncker. It left Ruddy unsighted and was a superb, crisp finish.

However, it wasn’t all doom and gloom at the end of the day as the Liverpool fans find a sliver lining in the fact that they can now focus on the League and the Champions League.

Klopp celebrating Origi’s goal like a man who’s delighted to still be in the FA Cup pic.twitter.com/EAGariOgu9