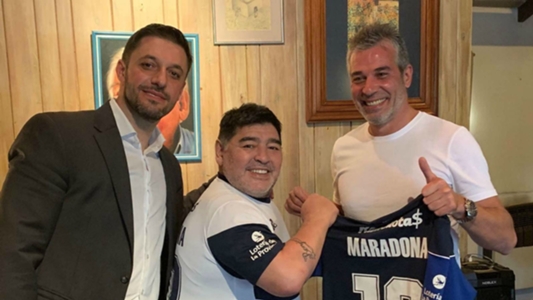 Diego Maradona is by himself a legacy, a phenomenon, largely due to his exploits as a football player. Rarely, there has been a dull moment in whatever venture the Argentina has undertaken after his playing career.

Yesterday it was announced that Maradona has been appointed the manager of Argentinean club Gimnasia , who’re sitting bottom of the table with only one point in 5 games.

He took to Instagram to thank the club’s president for the position.

“Finally it’s now official,” Maradona wrote. “I am very happy to be the new coach of Gimnasia.

“I want to thank the president Gabriel Pellegrino for this opportunity and say to all the fans that we are going to work with our hearts and souls for El Lobo [the wolf, Gimnasia’s nickname].”

However, the most exciting part of this news is how thrilled some fans are , especially one particular individual who took to the streets waltzing a chainsaw. Watch it below :