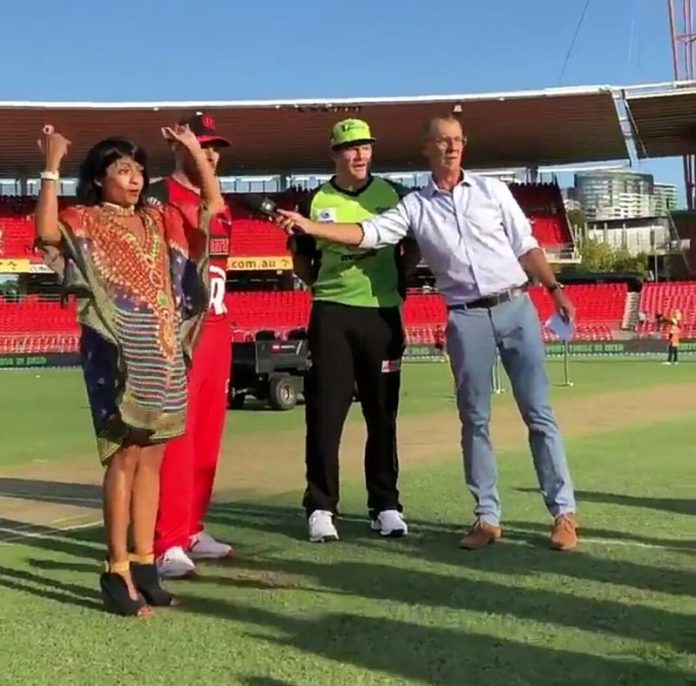 The latest edition Australian T-20 tournament Big Bash League(BBL) broke a 141-year old tradition in cricket last year when it replaced coin toss with that of a ‘bat-flip’.

The tradition of coin toss has been practised in cricket for the last 141 years and it was first introduced in 1877. Instead of the conventional “heads” or “tails”, captains now call out “hills” or flats” at the toss. 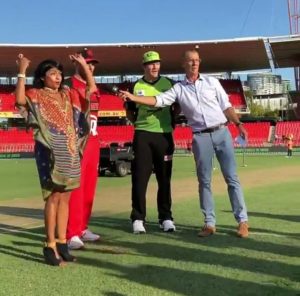 So what could go wrong with this new method? Well, today in the pre-game toss in a T-20 match between Sydney thunders and Melbourne Renegades ended in epic fail at the Sydney Showground Stadium. The guest lady who was supposed to flip the bat almost tossed it upon the camerapersons.

The official handle of KFC BBL Tweeted, “A WILD bat flip results in the Thunder bowling first! #BBL08” alongside the video showing the failed bat-flip attempt.

After the guest-lady tosses the bat, she had an absolute shocked expression

What did you guys think about this bizarre and weird bat-flip?