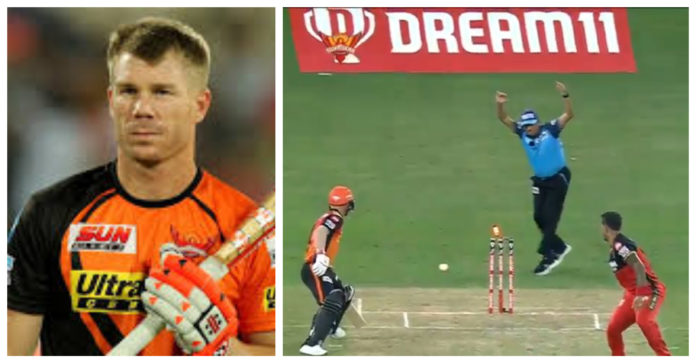 Sunrisers Hyderabad’s merry start was cut short with the dismissal of their captain David Warner. The Australian was caught off his crease and was adjudged run out following a deflection off Umesh Yadav’s hand.

Chasing the 164 run target set by Royal Challengers Bangalore, the explosive pair of Jonny Bairstow and David Warner set out to give their team a dominant start in the powerplay. 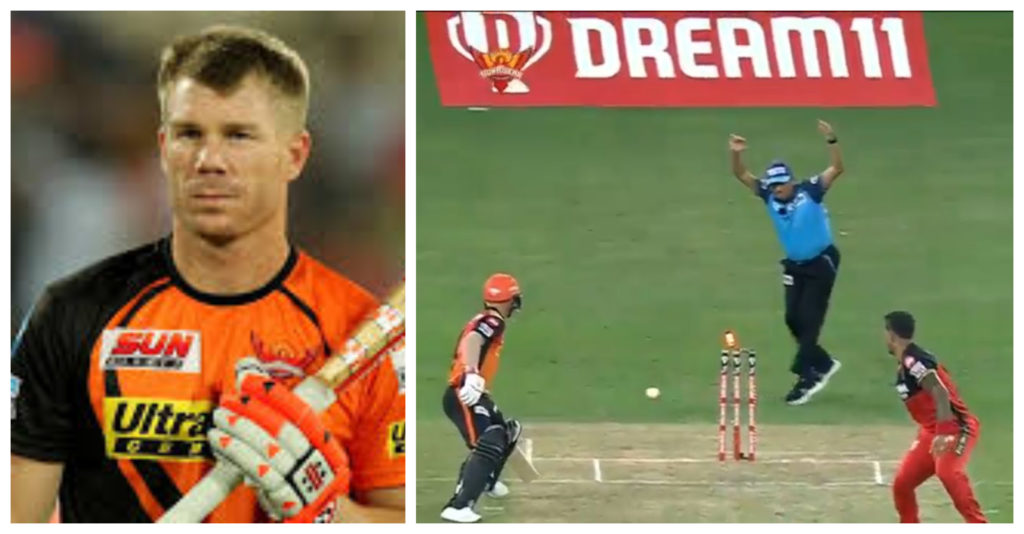 Warner was off the mark right away with a cover drive off Dale Steyn. Meanwhile, the in-form Jonny Bairstow punished Umesh Yadav for the wayward and erratic line bowled at him.

After 18 runs on the board after 1.3 overs, the 2016 IPL winners embraced themselves for a seemingly spotless start at the top of the innings.

The fourth delivery also met a positive shot from the England wicket-keeper batsman after striking the ball with the middle of his bat down the ground. However, Umesh Yadav managed to put out his arm in the trajectory right in time to stop the effort.

While seemingly, the difficult chance for a chance was put down, the ball bounced its way on the pitch and hit the stumps with Warner miles away from the crease.

Watch the unfortunate dismissal right below:

As things stand, Manish Pandey is out in the middle with Bairstow with the score at 30-1 at the end of 4 overs.

Earlier in the innings, the Sunrisers Hyderabad’s bowling line-up succeded in pulling things through in the latter half of the innings. Royal Challengers Bangalore were only able to muster 76 runs in the final 10 overs.